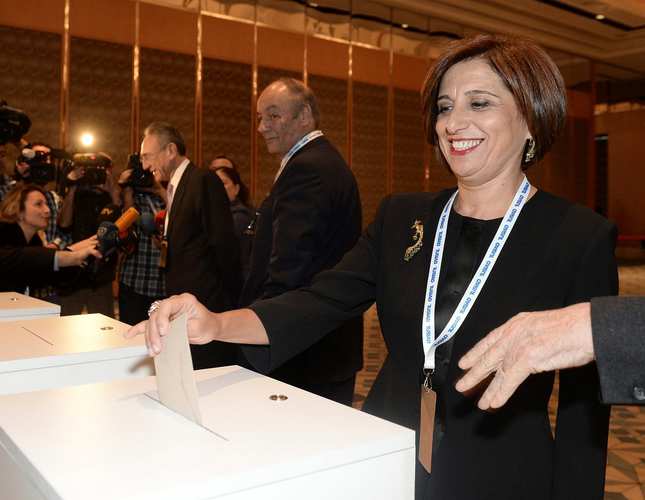 by Şeyma Eraz Jan 22, 2015 12:00 am
The board of directors list, presented by Cansen Başaran-Symes, was announced during the elections carried out at the 45th Ordinary General Assembly of Turkish Industrialists and Businessmen Association (TÜSİAD). Başaran-Symes, who is the CEO of Allianz Sigorta and Allianz Hayat ve Emeklilik and a Board Member of Eczacıbaşı, became the third female chairman of TÜSİAD after Arzuhan Doğan Yalçındağ and Ümit Boyner.

During her speech following her election, Başaran-Symes said that the business world is having "a tough time" because of global economic uncertainties. "The world has not gotten over the 2008 crisis," said Haluk Dinçer, while ending his TÜSİAD chairmanship term, and added that the economic crisis has caused political problems. Dinçer also said that structural reforms should come into force immediately, helping Turkey to realize its true growth potential, which is 6 percent per year, and business communities should contribute to this process.

Başaran-Symes studied at the Faculty of Business Administration at Istanbul University. She worked in various positions at PwC's Copenhagen, London and Istanbul offices until April 2013, and she also acted as a Board Member for PwC Middle and Eastern Europe and PwC Eurofirm. As of March, 2014, she has been acting as the CEO of Allianz Sigorta A.Ş. and Allianz Hayat ve Emeklilik A.Ş. She has now been elected as Chairperson of TÜSİAD, the third following Arzuhan Doğan Yalçındağ and Ümit Boyner.