Turkey to see drop in inflation in 2015: Deputy PM 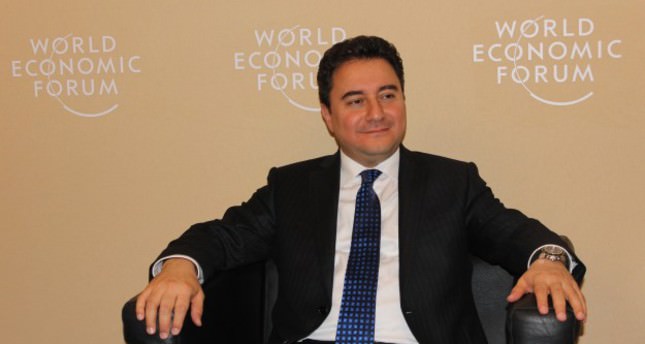 by Anadolu Agency Jan 24, 2015 12:00 am
Turkish Deputy Prime Minister Ali Babacan said Turkey would reduce its inflation rate to 5-6 percent due to the decline in oil prices in 2015.

"If the oil prices keep declining through this year, to see 5 percent inflation rate will not be a dream for us," Ali Babacan said Friday, speaking to The Anadolu Agency in the Swiss city of Davos where the annual World Economic Forum is currently held.

Turkey's current account deficit has shrunk by 32 percent to reach $38.7 billion between January-November 2014, from $56.7 billion in the same period of the previous year.

While Turkey's inflation rate was 8.17 percent in December 2014, its growth rate is projected to be around 3 percent for 2014.