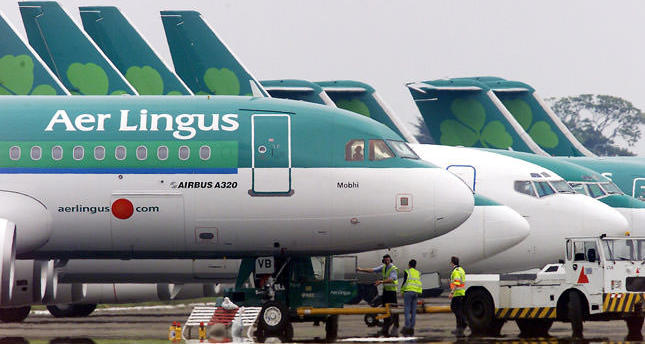 by Associated Press Jan 25, 2015 12:00 am
Officials say the parent company of British Airways has made a third, improved takeover approach to ırish airline Aer Lingus and an announcement of the offer is expected today. The 2.50 euro ($2.80) per share offer by IAG values the Dublin-based carrier at 1.3 billion euros ($1.45 billion). Over the past month Aer Lingus has rejected two lower-priced proposals from IAG, created in 2009 by the merger of British Airways and Spanish airline Iberia.

Officials from IAG and Aer Lingus confirmed the value of Friday's improved offer to The Associated Press. They spoke on condition of anonymity Saturday because they were not authorized to disclose details in advance of Monday's anticipated announcements to stock exchanges in London and Dublin. Aer Lingus' two biggest shareholders are Ryanair and the Irish government.