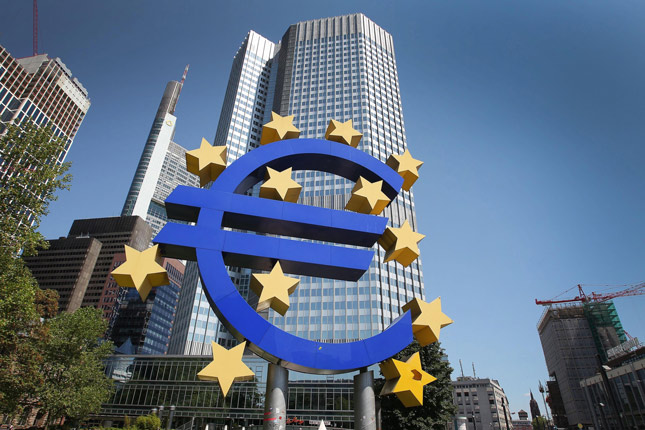 by Anadolu Agency Mar 11, 2015 12:00 am
The European Central Bank's (ECB's) stimulus program of quantitative easing (QE) will offer some breathing space to the Turkish economy, analysts and economists said Tuesday.

The ECB announced Monday that it has started buying bonds and securities as part of a 1.1 trillion euro QE program to inject liquidity into the economy. Economists highlighted that the program should offer benefits to Turkey as well. Christian Schulz, a senior economist at Berenberg Bank in Hamburg, told Anadolu Agency that if the Central Bank succeeds in boosting eurozone growth, it should be very welcome news for important trading partners such as Turkey. However, he warned Turkey that it needs to be watchful of capital inflows from the eurozone, which are temporary and are not to be mistaken for permanent inflows.

Hungerland said that debt in euros becomes easier to service. "This allows Turkish companies and consumers who have borrowed in euros to reduce their debt burden for the moment," he said.

Hungerland said that a cheaper euro will make imports from Europe to Turkey cheaper. "This will contribute to reducing inflation and allow the current account deficit to narrow more quickly. It will give the Turkish economy some breathing space," he added.

The euro fell to an 11-and-a-half year low on Tuesday just one day after the ECB unleashed its 1.1 trillion euro (1.2 trillion dollar) stimulus plan.