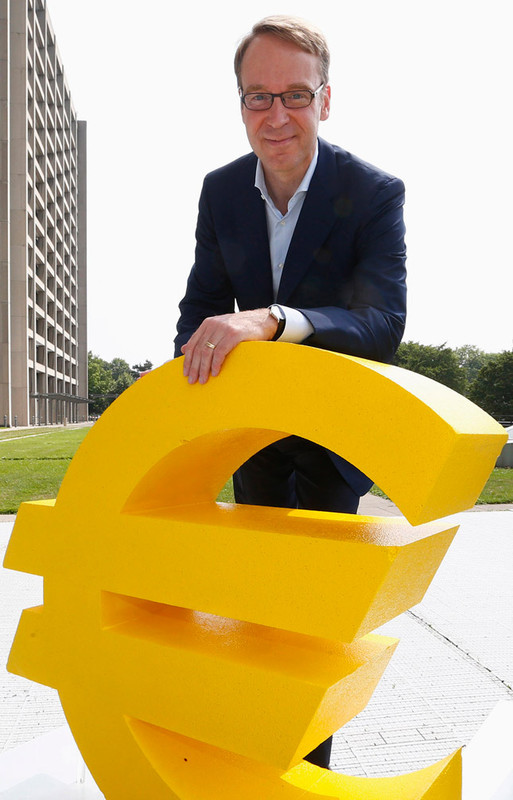 Jens Weidmann, the head of Germany's national central bank and a member of the ECB's 25-member governing council, said Thursday it "was not necessary to further loosen monetary policy through large-scale bond purchases."

Speaking at the Bundesbank's annual news conference, Weidmann said there was little evidence that negative inflation rates were becoming entrenched in a downward spiral that could kill off growth and jobs. He said low oil prices have played a major role temporarily in pushing consumer prices lower but that long-term inflation expectations remained steady.

The ECB this week started buying government bonds with newly created money, a step aimed at raising inflation and stimulating growth. It hopes to raise annual inflation rates closer to its goal of just under 2 percent, against the current minus 0.3 percent.

The ECB bond purchases have driven bond prices up and interest yields down, since price and yield move in opposite directions. That has meant lower borrowing costs for governments.

"If the member states get used to such financing conditions, it could lead to a lessening of their motivation for further consolidation or reform measures," Weidmann said.

The 19-country eurozone is still recovering from a crisis over too much government and bank debt in some countries. Greece, Cyprus, Ireland and Portugal all needed bailouts from their eurozone partners and the International Monetary Fund to help them finance their debts. Spain also got help to shore up its banks. The ECB's stimulus program has sent the euro lower, which should be positive for the eurozone economy, while stocks have risen. Weidmann cautioned that it was far too early to judge the success of the program after only several days of purchases and that the program's risks needed to be considered.

The ECB will buy 60 billion euros a month through at least September 2016, amounting to 1.1 trillion euros ($1.2 trillion). Weidmann also described as "problematic" the decision to let France take more time to bring its deficit in line with eurozone rules. He said rules limiting overspending were one of the foundations of trust in the shared currency.

In the eurozone, the national central banks of member countries are networked under the European Central Bank and their heads sit on the ECB's top decision-making body. So even though Weidmann disagrees with the stimulus program, the Bundesbank is participating by purchasing German government bonds.