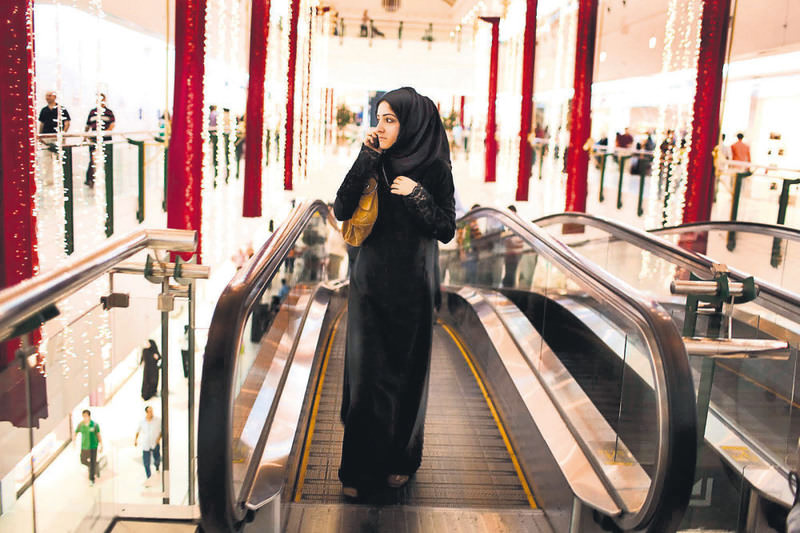 by daily sabah Apr 14, 2015 12:00 am
Qatar is struggling to boost women's participation in the local economy, according to an official report. The country's Ministry of Development Planning and Statistics has issued an update on how it is meeting a range of development targets for 2015 set by the United Nations.

While Qatar has achieved many of the goals, the report said, it still faces challenges in encouraging women to play a more active role in the economy - despite having made progress in leveling the playing field for boys and girls in terms of access to education.

"Even though the parity rate between the two sexes is 1.75 the economic participation of Qatari women in labour markets is still low and poses a challenge," the report said.

"Women need to be encouraged to work in non-traditional jobs, such as scientific occupations and art crafts."

This is despite 92 percent of Qatari children being enrolled in primary school and female students surpassing their male counterparts in higher education, which is helping to achieve gender equality, according to the ministry's statement.

Involvement of women in political activity also remains low. "The advocacy of Qatari women's political participation poses another challenge which requires the development of a plan to promote woman's representation in the elected national councils in the next phase," the report notes. Currently, only one woman sits on the 29-member Central Municipal Council, reported Doha News on Monday. Just five females are running in next month's election alongside 125 men.

The newspaper also cites a U.N. Human Development report published last year, which shows 51 percent of Qatari women are active in the workforce compared to 96 percent of men. The eight U.N. goals for developing nations are: eradicate extreme poverty and hunger; achieve universal primary education; promote gender equality and empower women; reduce child mortality; improve maternal health; combat HIV/AIDS, malaria and other diseases; ensure environmental sustainability; and establish a global partnership for development. Among the other development goals Qatar grapples with are environmental challenges, according to the report. Although it maintains a safe drinking water supply and adequate sanitation, greenhouse gas emissions are high and continue to pose a challenge.
Last Update: Apr 14, 2015 11:41 pm
RELATED TOPICS