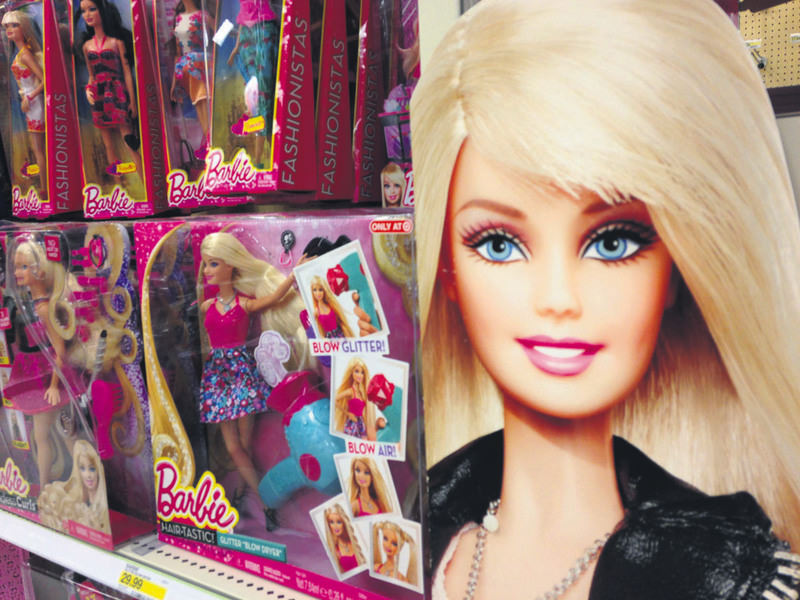 Struggling US toymaker, Mattel, saw its sales drop for a sixth consecutive quarter as the appeal of its iconic Barbie doll continued to wane.
by reuters Apr 17, 2015 12:00 am

With Mattel, Hasbro and Lego controlling about 40 percent of the U.S. toy market, there's a growing niche for smaller companies such as Alex Brands that sell educational or environmentally friendly toys

Striding confidently through Matty's Toy Stop in Manhasset, New York, Catie Tepedino, 7, is the sort of consumer who may hold the fate of the U.S. toy business in her own little fists. Finding that her top toy choice, Shopkins - tiny grocery store characters made by Australia's privately-held Moose Enterprise - was sold out, Catie went directly to the Barbie row and picked out one of Mattel Inc.'s iconic dolls. Next stop: the arts and crafts section, where she selected an Alex Brands jewelry-making set.

"I know the aisles here," the petite brunette confided as she navigated the store along with her mother, Victoria. And knows what she wants as well: the Tepedinos spent perhaps five minutes shopping, not counting the time spent answering a reporter's questions. Catie's preferences are a good indication of the state of the toy business. Though Mattel, Hasbro and Lego control about 40 percent of the U.S. toy market, there's a growing niche for smaller companies such as Alex Brands that sell educational or environmentally friendly toys to delay the seemingly inevitable demand for electronic devices.

That, in turn, has attracted investments from private equity companies including Propel Equity Partners of Greenwich, Connecticut, which since 2012 has been building a toy empire off of retro and "green" brands, buying at least 10 companies to date and bringing them together under the name Alex Brands. Other PE firms active in the sector include Winona Capital, the Friend Group and Topspin Partners.

Propel's Alex Brands portfolio includes well-known older toy names, including Slinky and Shrinky Dinks, as well as newcomers such as Citiblocs, which makes wooden construction toys. Both categories represent a trend among parents nostalgic for their own toys and keen on environmentally-conscious products, and have helped weaken the grip of mainstream manufacturers such as Mattel and Hasbro.

More toy company deals are expected in 2015, according to Reuters interviews with private equity firms. Targets may include Dallas-based KidKraft, which makes wooden toys and

furniture, industry experts said. "There are times kids do other things" besides play with electronic devices, Alex Brands CEO Neil Friedman, 67, told Reuters. "We have things for them to do that make them creative and active." Friedman joined Alex in October as CEO after holding senior roles at Toys R Us and Mattel.

Alex Brands, which reached a licensing deal in February with kids cable channel Nickelodeon, wouldn't discuss its sales numbers or future plans. But it's opened a new headquarters in Fairfield, New Jersey, and a new distribution center in Woodbridge. The goal for many of these smaller toy companies is to get large enough - around $200 million in sales - to be

bought by the bigger brands or create their own publicly traded corporation.

Propel partners Michael C. Cornell and John M. Belniak appear to be employing the same playbook they used as executives at Jarden Corp, which has acquired many well-known consumer brands with growth potential including Coleman, Yankee Candle and Mr. Coffee. Jarden shares have risen almost 260 percent in the last five years.

Toy brands large and small must still contend with a volatile selling season that relies heavily on gift-buying around Christmas. Consumers are fickle, imitation is easy and electronic devices are taking center-stage in children's free time. While worldwide toy sales are growing with the rise of middle class consumers in China and elsewhere, U.S. sales are expected to increase only slightly to $23.9 billion in 2018 from $22.6 billion in 2014, according to Forrester Research.