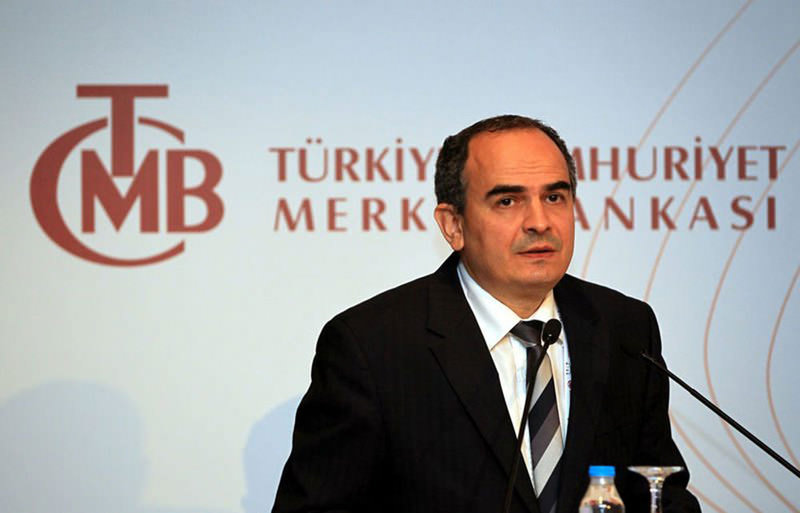 by daily sabah Apr 22, 2015 12:00 am
The Turkish Central Bank (CBRT) has kept its benchmark one-week repo and overnight borrowing rates steady at 7.50 percent and 7.25 percent respectively. The bank has also kept the marginal funding rate steady at 10.25 percent.

The CBRT's decision is related to the fact that the Turkish lira has been losing value against the U.S. dollar in the last few months, and the rate reached a record high at 2.7240 on April 15.

Preventing the lira's depreciation is currently the top priority of the CBRT, while it is also trying to keep the prices steady as inflation was 7.61 percent in March 2015, above the year-end goal of 6.3 percent for 2015.

Following the CBRT's decision, the U.S. dollar reached 2.7209 against the Turkish lira. Shortly before the CBRT announced its decision, the currency was trading at 2.6855 per dollar.

The Central Bank of Turkey said in its announcement that due to the increases in foodstuffs and the fluctuations in the global markets, the Monetary Policy Board has decided to continue its cautious monetary policy stance. The announcement further stated that due to the cautious stance and the macro precautions taken, credit growth rates are at acceptable levels, and the positive developments in foreign trade rates and the moderate progress of consumer credits are both supporting the improvement observed in the current account balance.

While foreign demand remains at low levels, a moderate increase observed in domestic demand has a balancing effect. The announcement further noted that when the structural reforms announced are implemented, they will increase the potential for economic growth. Further, the cautious monetary policy stance and financial policies plus macroeconomic precautions taken will have a positive effect on the inflation rates, especially on energy and non-food (core) inflation indicators according to CBRT's announcement.

Further, the board has decided to gradually increase interest rates granted for reserves in Turkish lira and a moderate increase in interest rates for the foreign exchange market will support financial stability.

The announcement underlined that in the near future, monetary policy decisions will be based on inflation and inflation expectations, pricing behaviors and other factors affecting inflation rates will be under strict supervision. Further, the cautious stance on monetary policy will continue as the yield curve will be maintained close to the horizontal plane until an apparent improvement is observed in the inflation rates.

The announcement also underlined that any kind of new data or news announcement may cause the board to change its position, and that a summary of the Monetary Policy Board meeting will be announced within the next five days.