Deputy PM: Foreign fluctuations are behind the lira's loss 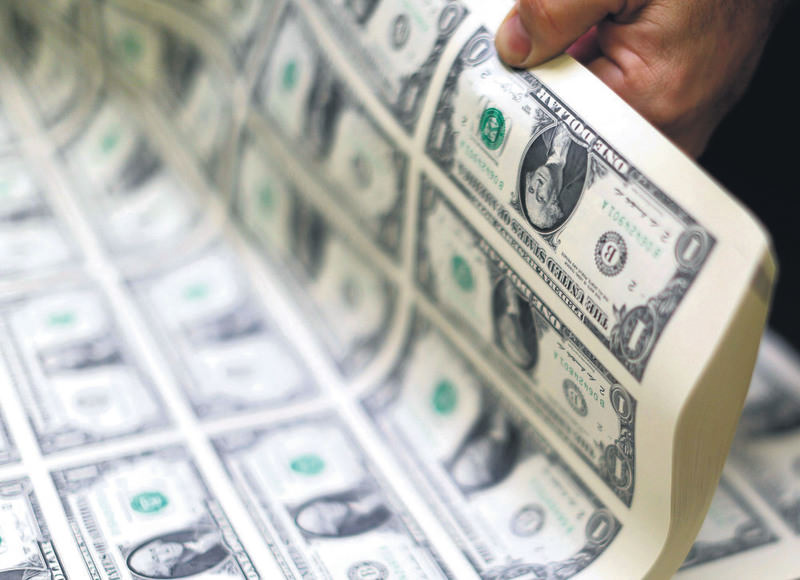 Deputy Prime Minister Babacan said that there are some Turkey-specific reasons that push up the value of foreign currencies, but the main reason behind this upsurge is foreign fluctuations

Appearing on a TV program, Deputy Prime Minister Ali Babacan answered questions regarding topical issues. Concerning the unabated appreciation of the U.S. dollar, Babacan said that it has been gaining value against all foreign currencies for almost five months because of the U.S. Federal Reserve's decision to pursue a tight monetary policy. Additionally, the fact that the European Central Bank (ECB) is loosening its monetary policy is devaluing the euro, Babacan stated, adding, "When these two effects are combined, we see a sharper discrepancy."

Babacan remarked that the U.S. dollar and the euro, which are the most commonly used currencies of the world, have both gained and lost some 35 percent of their value against each other in less than a year. The volatility in exchange rates is not peculiar to Turkey, however, it is a reality that is seen across the world, he added. The Turkish lira dropped to its lowest rate of 2.742 against the dollar on Friday. Saying that there are some Turkey-specific reasons behind the appreciation of foreign currencies, Babacan stressed that the main reason for this upsurge is foreign fluctuations. He also said that the fall in oil prices might not have a considerable effect due to the increase in the exchange rate of the dollar.

Upon complaints about the lack of steps the Central Bank of the Republic of Turkey (CBRT) has taken against the increase of the dollar, Babacan said that the CBRT has various instruments to intervene, which are not limited to just selling more dollars to the markets. He said the CBRT will use these instruments however and whenever necessary. "Any questions on steps taken or that should be taken by the central bank should be directed to the bank. The central bank is operationally free and is free to use whichever instrument it deems necessary," Babacan added.

He also said that the economy should be better than last year as inflation rates will diminish along with the current account deficit and better growth figures will be achieved. Babacan also underlined that interest rates are determined according to the markets and inflation expectations. Underlining that interest rates also depend on economic developments in the world, making it hard to predict anything, Babacan said that with correct policies and a strong stance, when the economy is built on trust and stability, inflation expectations will decrease, lowering interest rates. In response to the question of whether the Turkish economy is undergoing hard sledding, Babacan said that Turkey is somehow affected by foreign developments, as it is an outward-looking economy where merchandise and finance movements are free.

Pointing to the fact that the growth rates of all countries in the world have dropped, Babacan said that growth rates would be on the decline in the upcoming period in comparison to those of the last decade. Babacan attributed this decline to the ongoing impacts of the 2008 and 2009 financial crises and to the failure of world trade to grow as fast as before.

According to Babacan, after the 2009 crisis, Turkey grew by around 9 percent in 2010 and 2011 because of credited domestic consumption, while the current account deficit rose to 10 percent. After the 2010-2011 period, Turkey adopted a growth model that was based on exports, Babacan stated. "Certainly, domestic consumption must be the source of our growth as long as it is reasonable and proportional to our revenues," Babacan stated, concluding, "Otherwise, you steal from future prosperity [by using] loans."
Babacan noted that growth figures in almost all countries in the world are dropping and that in the next 10 years growth figures will be lower due to the continuing effects of the 2008-2009 crises and the lower growth of world trade.
He noted that they are working to come up with steps to be taken by the 20 largest economies in the world. Babacan also noted that it is impossible to ensure growth by issuing money or increasing government expenditures. "The most important issues G20 countries are facing is how to improve product markets and make reforms for domestic markets," added Babacan.

On the increase in unemployment, Babacan said that while total the number of employees in 2013 and 2014 were around 1.3 million, the employment participation rates have increased within the last three years, especially for women with university diplomas. "Normally, the employment participation rate for women was 30 percent and 70 percent for men. However, within the last three years 46 out of every 100 people employed are women and 54 are men. This is a good sign for increasing the productivity in our economy," Babacan said.

He also underlined that Turkey is one of the few countries where there is economic growth and increase in employment rates. He said that they are taking precautions against unemployment rates and are especially expecting good results from the incentives granted to the newly employed. He said that the salaries of young people will be paid by the government for the first six months and, depending on certain conditions, social insurance premiums of employers will also be covered by the government.
Last Update: Apr 26, 2015 9:27 pm
RELATED TOPICS