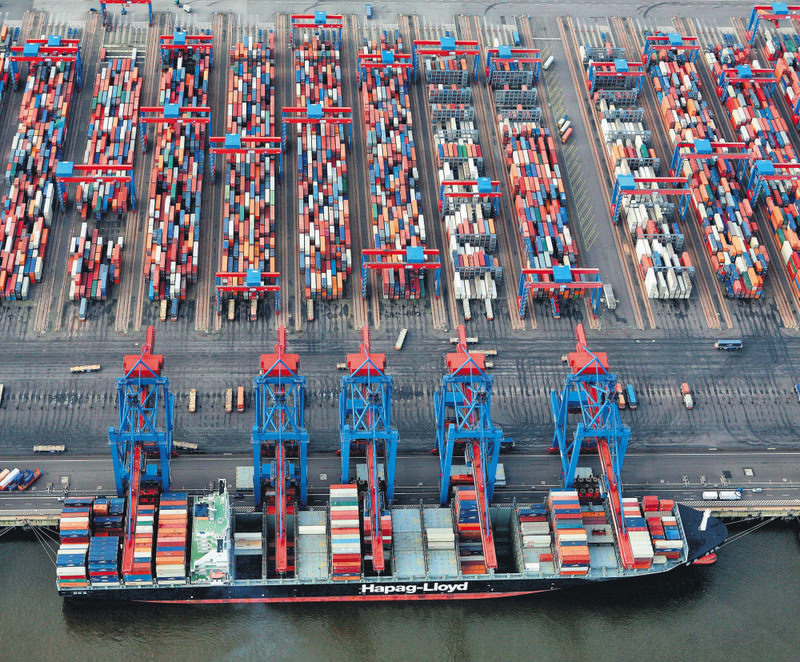 The Turkish state has granted TL 9 billion ($ 3.36 billion) in total to Turkish Cyprus over the last 10 years. Also, the foreign trade volume between the two countries has reached $1.3 billion

The Turkish Republic of Northern Cyprus (KKTC) received almost TL 9 billion ($3.36 billion) in direct state assistance for security, investment and credit from Turkey since 2006, according to figures compiled by Anadolu Agency. Trade figures also show that Turkey has played an important role in developing the KKTC's economy. Bilateral foreign trade volume, which is one of the main factors showing the bourgeoning economic ties, annual trade between KKTC and Turkey has increased by 60 percent between 2005 and 2014 to TL 1.3 billion.

Despite the global economic crisis, positive developments in foreign trade have highlighted the importance of Turkey for the KKTC's economy.

According to the data of the Turkish Statistics Institute, despite certain sanctions and embargoes, the foreign trade volume between the two countries increased by 60 percent between 2005-2014, reaching $1.3 billion and the KKTC received both investment and loan incentives from Turkey along with other similar grants, totaling nearly TL 9 billion.

As of last year, mineral oils and fuels were the two product groups most exported from Turkey to the KKTC, equaling $402 million, followed by boilers, machinery and mechanical devices worth $71 billion and plastic products worth $57.2 million.

Products sold by the KKTC to Turkey last year were mostly dairy products, eggs, honey and other animal products, equalling $27 million. While imports of fresh fruit were around $15 billion, iron and steel imports were around $8.8 million.

One of the most important economic areas between Turkey and the KKTC was Turkey's support for the KKTC to achieve a balanced budget. Further, Turkey's stance was supporting the payment of the KKTC government officers' wages and helping out with government expenses. Since 2006, 2013 was the year in which the highest grant was awarded to KKTC, equalling TL 1.7 billion.

The development of the economy and social life on the island was also due to the increase in the number of students. The number of universities increased in the KKTC and between the 2013 and 2014 academic year, the number of students increased by 13 percent to 62,726, out of which 34,858 were Turkish citizens. Turkey's support for the KKTC was not only limited to grants for the budget and foreign trade, but also the "KKTC Drinking Water Procurement Project," which ensured that drinking water and water for irrigation is delivered to the island through 80-kilometer-long pipes. When the project is completed, 75 million cubic meters of water according to the flow rate of the river will be received annually from the Alaköprü Dam to be built over the Anamur-Dragon River and delivered to the island. About 50.3 percent (37.76 cubic meters) of this water will be used as drinking water and 49.7 percent (37.24 cubic meters) will be used as irrigation water. The project is a first in the world. The water from the Alaköprü Dam will be carried to the Geçitköy Dam near Kyrenia through a suspension pipe 250 meters under the surface of the sea. With the implementation of the project, it is estimated that the water requirements of the KKTC for the next 50 years will be covered.
Last Update: May 01, 2015 7:18 pm
RELATED TOPICS