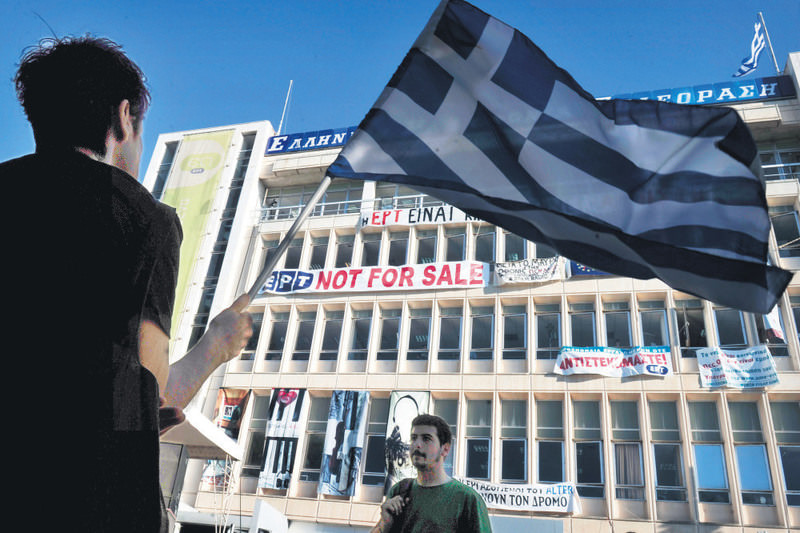 by Associated Press May 04, 2015 12:00 am
Greece made progress with its creditors over the weekend on how to stave off bankruptcy, official said yesterday, despite complaints in Athens that the ınternational Monetary Fund is pushing the cash-strapped country too hard over labor reforms. Officials in Brussels and the Greek capital said negotiations between Greece and the so-called Brussels Group, which is made up of representatives from the eurozone, IMF and European Central Bank, would continue. Greece has to come up with a series of economic reforms and budget measures that are deemed acceptable by creditors in order to secure the remaining money in its bailout fund 7.2 billion euros ($7.7 billion).

Without the money, Greece faces the possibility of going bankrupt in the coming weeks, putting up controls on the free flow of capital and an exit from the euro. ıts next big repayment is a 750 million-euro payment due to the IMF on May 12.

Many in the markets think that a meeting of the eurozone's 19 ministers the day before the IMF repayment may be the moment real progress in the talks is reported.

An official in Athens, who like others spoke on condition of anonymity because the talks were ongoing, said "there have been many important steps that bring an agreement closer."

Meanwhile, a eurozone official said there was "convergence on some issues" but stressed that more work was needed on others. The officials did not elaborate where advances have been made but Athens has previously noted progress has been made on tax reform, privatization and changes to the country's bureaucracy.

However, Greek Labor Minister Panos Skourletis said there was still a difference of opinion on labor issues.

Skourletis said the IMF was pressing Greece very hard on key issues the left-wing Syriza party had been fighting against during its successful election campaign in January in particular the zero deficit clause, maintenance of a low minimum wage and abolition of a 13th monthly pension payment. "They are asking us not to touch any of those things that during the last five years destroyed the lives of Greek citizens. Is that possible?" he told Mega TV. He said that there were more moderate voices among the creditors but the IMF was the most rigid.

Speaking about Greece's current cash flow issues and whether the country can fulfill its loan repayments, Skourletis said the government was trying to make sure it had the money to pay.

"The choice is for the country to repay its obligations and to reach an agreement. That is our choice, our choice hasn't changed," he said. "If that is not achievable, it will not be this side that has the largest portion of responsibility." European officials have made it clear time and again that they do not want to see Greece leave the shared euro currency, a move that could have an unpredictable impact on the economies and finances of the continent.
Last Update: May 04, 2015 11:09 pm
RELATED TOPICS