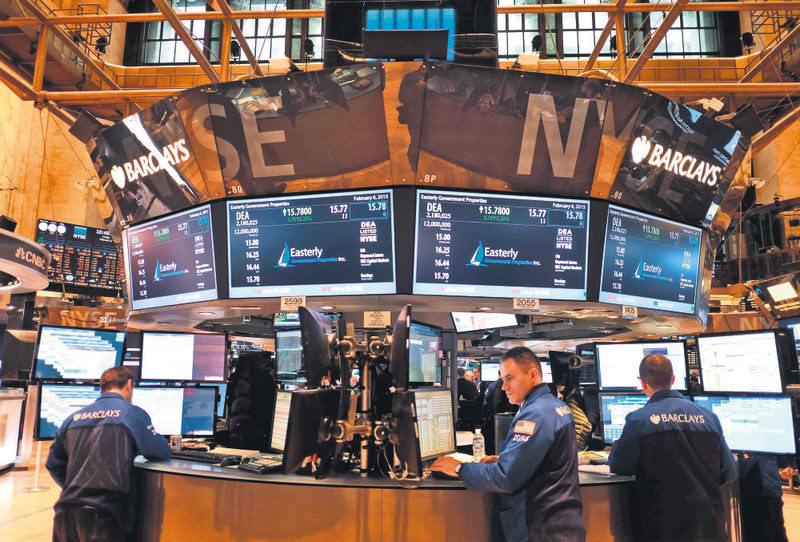 The Federal Reserve has put in place a meeting-by-meeting approach on the timing of its first rate hike since June 2006, making such a decision solely dependent on incoming economic data.
by May 04, 2015 12:00 am

Always at the top of the data pile, this week will be no exception for the U.S. employment report with a first interest rate rise likely this year despite a dramatic slowdown in the first quarter

After a harsh winter brought U.S. growth almost to a halt in the first three months of 2015, April's non-farm payrolls report, due on Friday, will signal whether the world's largest economy is faring any better in the second quarter. The Federal Reserve has put in place a meeting-by-meeting approach on the timing of its first rate hike since June 2006, making such a decision solely dependent on incoming economic data. Last week it downgraded its view of the U.S. labour market and economy, suggesting it may wait until late in the year to begin raising rates.

"They will need better data to justify a rate hike, and that need is pushing the timing of a policy change ever-deeper into 2015," said Tim Duy, a professor at the University of Oregon and a noted Fed watcher. "There just isn't that much data between now and June to move the needle on policy. You need the jobs and inflation data to turn sharply better to pull the Fed back to June."

The Fed has kept rates near zero since late 2008. A weak jobs report would cement expectations that there will be no tightening until September and possibly later. Whenever the first U.S. rate increase comes, investors need only look back to the "taper tantrum" of 2013 when the central bank declared it would slow its bond-buying program to see the potential for volatility in financial markets.

"We think the Fed understands the risks associated with waiting too long to lift off, as an abrupt tightening down the road ... could be disruptive," said Brian Smedley, rate strategist at Bank of America Merrill Lynch, which predicts a first move in September.

The theme of the year so far has been the calcified euro zone being jolted into life by European Central Bank money printing, cheap energy and food prices and a weak euro to outperform, at least relatively, the world's two biggest economies.

Data last week showed bank lending to euro zone households and firms rose for the first time in three years. Purchasing managers' surveys this week will give the latest snapshot of activity. "With its more aggressive stance, the European Central Bank is finally bringing the euro zone back to at least trend growth," said Holger Schmieding, chief economist at Berenberg bank.

China is struggling to meet its growth targets. A recent Reuters poll of economists said it would have to cut interest rates again this year and reduce the amount of reserves that banks must hold if it wants to expand its economy by 7 percent. Underlining the depth of the downturn, looser policy is not expected to power a recovery. Chinese trade data are due on Friday. The main potential tripwire for the euro zone is Greece.

Greek Prime Minister Alexis Tsipras hopes for a reform-for-funds deal with the euro zone and International Monetary Fund by May 9. Euro zone finance ministers meet on May 11 and Greece is due to repay the IMF 750 million euros ($840 million) a day later, a bill it is not certain it can meet. Reasons to expect a deal are beginning to mount up. Tsipras has sidelined his finance minister, who was deemed too abrasive by his euro peers, and a top government official said Athens was willing to sell a majority stake in its two biggest ports and compromise on value-added tax rates and some pension reforms, in the clearest signal yet that it is ready to back down.

In contrast to the Fed, Australia's central bank is expected to cut interest rates to a record low 2.0 percent and Norway's is forecast to cut by 25 basis points to a record low 1.0 percent as the economy takes a hit from the oil sector's downturn. Thursday's British general election is not primarily an economic event but any prolonged uncertainty about the make-up of the next government, and whether it can last, could well depress activity. Latest opinion polls show neither of the main parties will be able to govern alone, forcing them to seek partners or support from elsewhere.