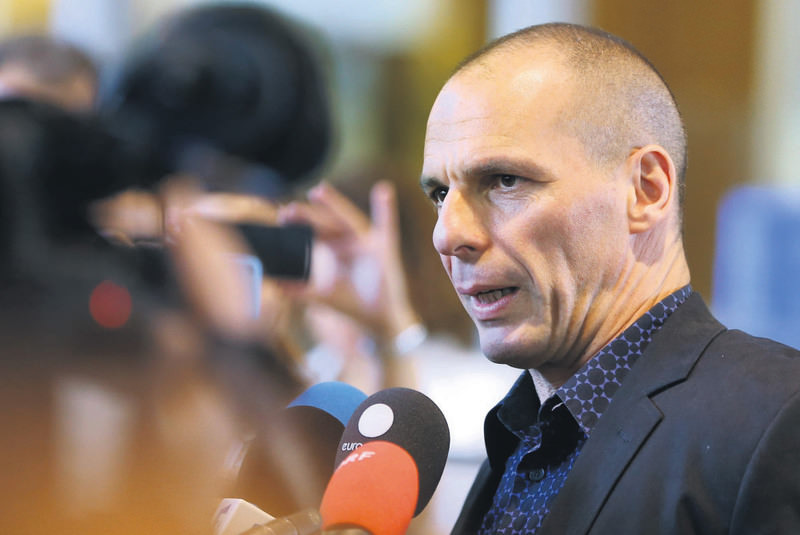 by May 06, 2015 12:00 am
Greece made a 200 million euro interest payment to the International Monetary Fund (IMF) yesterday, the Greek Ministry of Finance said, the first of two reimbursements Athens must honor by mid-May. The smaller of the two scheduled payments totaling nearly 1 billion euros came despite the failure thus far by cash-strapped Greece and its European Union-IMF creditors to reach a deal to unblock 7.2 billion in bailout funds to Athens. But fears that Greece might not scrape up enough cash to repay Wednesday's interest payment - or the additional 750 million euros due May 12 - were shrugged off by Greek officials. "The instalment will be paid," assured Alternate Minister of Revenue Dimitris Mardas on the TV station Mega an hour before Athens said it handed over the funds.

Sources in Athens told AFP that the 750 million euros due next Tuesday will also be paid, and predict Greece will successfully raise 2.8 billion in two bond issues on May 8 and May 15. Greece is planning a six-month Treasury bond issue for a maximum of 1.4 billion euros next Wednesday, following the stabilization of rates that had soared in reaction to January's election of the militantly anti-austerity Syriza government.

Despite that, observers stressed that an accord between Greece and its creditors to release the blocked bailout funds remains crucial.

In order to deal with its crippling liquidity problem, the Greek government has ordered public administrations and local authorities to transfer their reserves to the Bank of Greece, which is waiting for a deal with creditors.

Athens on Tuesday blamed disagreements between the EU and the IMF for stalling the talks. It claimed that the creditors were divided over exactly what reforms should be required of the massively indebted country in return for the last tranche of rescue money.
Last Update: May 06, 2015 9:38 pm
RELATED TOPICS