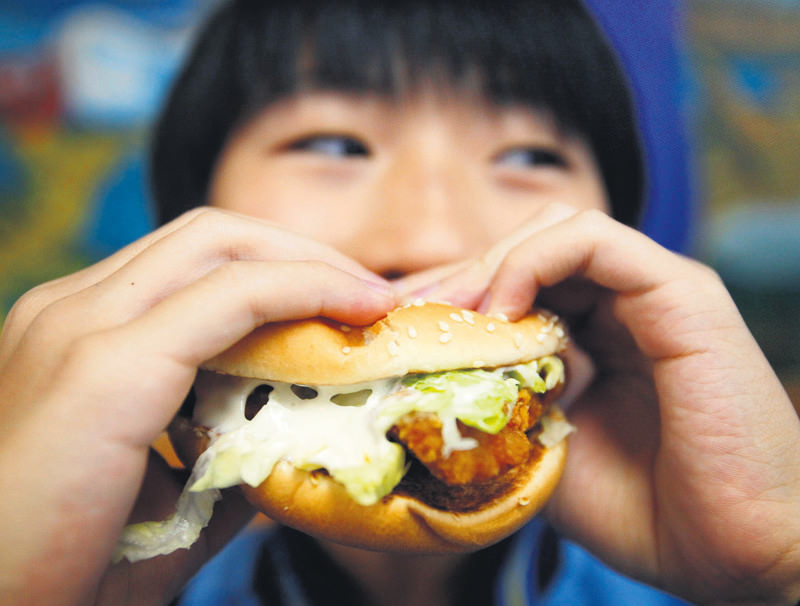 Fruit and vegetable prices rose by 91 percent from 1990 to 2012, while the costs of ultra-processed ready-to-eat meals dropped by up to 20 percent in Brazil, China, South Korea and Mexico, researchers wrote in the first study of its kind on emerging economies. The price shifts are contributing to rising obesity in the developing world, mirroring the expanding waistlines in wealthy countries, said the 64-page "Rising Cost of a Healthy Diet" study from the Overseas Development Institute, a U.K.-based think tank.

The prevalence of overweight adults in Brazil has doubled since 1980, as cheap potato chips, sugary drinks and energy bars have become more popular, the study said.

The prices of green vegetables have doubled over the past 20 years in China, as obesity has surged, said the study.

"The policy implications are clear," Steve Wiggins, an agricultural economist and lead author of the study, told the Thomson Reuters Foundation. "Governments should start using taxes and subsidies to nudge people towards a healthier diet." Of the four countries studied, Mexico has the most serious problems with junk food consumption. Roughly two-thirds of its population is obese or overweight, a figure roughly equivalent to the U.K., Wiggins said. In response to obesity and an "epidemic" of type-2 diabetes, Mexico has imposed a tax on sugary drinks, Wiggins said. The economists who wrote the study said they are unable to explain why fruit and vegetable prices are rising. Processed food is getting cheaper because industrial conglomerates have become more efficient in taking cheap ingredients and turning them into food that is "tasty but high in fat, energy, sugar and salt," Wiggins said.

Meanwhile, potato prices have increased by 80 percent in four months, which has risen concerns over speculation. Customs and Trade Minister Nurettin Canikli said if potato prices are increasing due to stocking up the tuber, serious sanctions will be imposed. The minister added that while the amount of supply has not dropped and the supply-demand balance is stable, prices should be maintained at a similar level to last year's prices. The ministry is currently working on marketplace inventorying and evaluating the amount of stock. "Traders are keeping potatoes in the warehouses and we are receiving fewer potatoes, so prices have increased," said 48-year old Cafer Özer, who sells potatoes at a stall in Küçükçekmece. According to initial findings, 312,000 tons of potatoes have been stocked up with two firms holding around 70,000 tons of them - Turkey requires approximately 110 tons of potatoes per month. While the price of a kilogram of potatoes in Turkey has increased to TL 5 ($1.85), in Batumi, Georgia, which is just 40 kilometers away from the Turkish border city of Artvin, potatoes are sold for TL 0.60 per kilogram, which has triggered Turkish citizens to purchase their produce needs from Georgia. The price of potatoes has rapidly increased over the past few days, hitting between TL 2.80 and TL 5, while the average price in Georgia is around TL 1, indicating higher demand from Turkish consumers.
Last Update: May 11, 2015 9:52 pm
RELATED TOPICS