Turkey calls for ‘economy for peace' in western Balkans 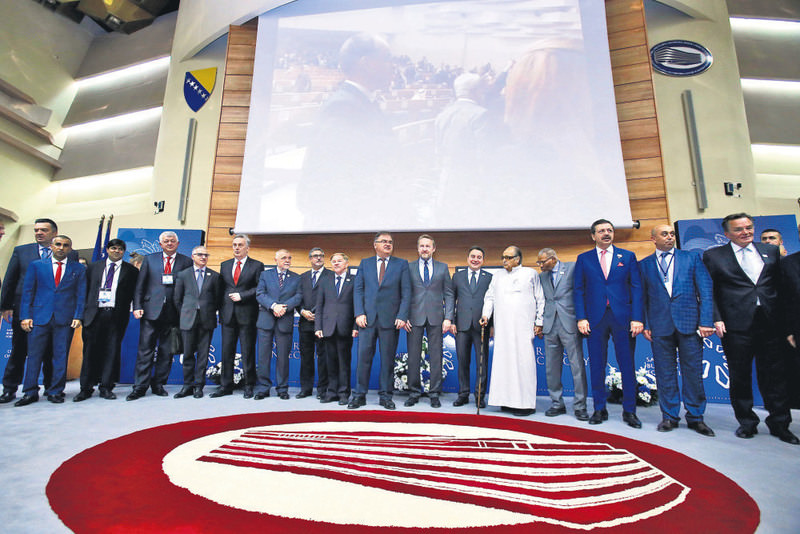 The free movement of people, goods and capital is key to providing regional prosperity in the Balkans, according to Deputy Prime Minister Babacan

Deputy Prime Minister Ali Babacan on Wednesday urged Western Balkan countries to establish common economic goals for peace, prosperity and stability in the region. Speaking at the sixth Sarajevo Business Forum (SBF) in the Bosnian capital of Sarajevo, Babacan said economic development and trade relations are important instruments for strengthening political relations and reconciliation in the region. "It is very important for the region that we have free movement of people, goods and capital, he said.

"When I look at the region, we see that we have quite a fragmented economy. When we unite the region in order to avoid barriers to investment, then we can talk about the prosperity of the region... It is very important to work on the joint construction of the region and to work together for its prosperity. How to do it? Through peace and stability. Anywhere in the world, political stability is the foundation of economic progress." Babacan also stressed that dialogue and tolerance could promote political stability in the region. "How do we achieve political stability?" he asked. "Through democracy and dialogue, of course - conversation, tolerance and promoting reconciliation. Events such as the Sarajevo Business Forum are very important because they bring together politicians and allow interaction between politicians and businessmen. Such economic activity becomes a powerful mechanism in the fight against political disputes."

The deputy prime minister in charge of the economy also used the experience of the European Union states to highlight the importance of strong economies. "An essential element for progress in European structures is integration. As we look to the European Union, its founders were actually on opposite sides during World War II, but then those countries united around a common institution: The economy," Babacan said. "The economy itself is an essential instrument for the political process and the process of reconciliation. We must do everything to improve the business environment of our countries to make this country interesting for investors. We, as Turkey, noticed a deficit of trust, and it is very important for many countries that all countries work together to establish and maintain confidence," he added.

Meanwhile, Serbian Prime Minister Aleksandar Vucic said, "We accept the slogan of the forum: 'One region, one economy.' That's my suggestion - that your leaders engage in dialogue between the Bosnian and Serbian people in order to create a more favorable environment." He added that only a unified market in the region could attract more investors from countries around the world. "You should not let others take care of us - we must take responsibility. Serbia is ready to talk about all difficult topics with Bosniaks. We have to think about the common future of our countries. It is a fair offer because we have to live together," the Serbian prime minister emphasized.

The Sarajevo Business Forum aims to bring direct foreign investments to Bosnia-Herzegovina, which is seen as crucial for peace and stability in the region.

Business people from around the region as well as their counterparts from more than 30 countries participated in the conference, which includes guests such as Babacan, Indian Foreign Minister Vijay Kumar Singh, Sudanese Foreign Minister Ali Ahmed Karti and Serbian Prime Minister Aleksandar Vucic. The forum is hosting more than 900 representatives from all around the world.
Last Update: May 14, 2015 10:32 am
RELATED TOPICS