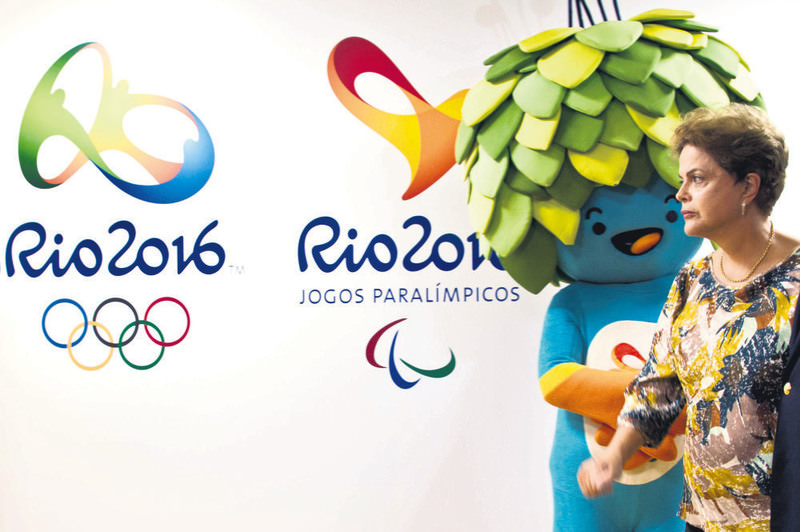 by May 15, 2015 12:00 am
China will invest $50 billion to help overhaul Brazil's aging infrastructure, Brasilia said, ahead of an official visit by Chinese Prime Minister Li Keqiang. "There are $50 billion in new projects," said Jose Graca Lima, Brazil's undersecretary of state, who oversees Asia and Oceania.

"We shall have to wait until the end of the visit to expand upon which projects," he said, without providing details. Battling a fifth straight year of poor growth and mired in a bruising graft scandal involving state oil giant Petrobras, Brazil is looking to revamp its sagging infrastructure ahead of next year's Olympics in Rio de Janeiro, the first Games to be held in South America.

A Brazilian government source said Brazil, Latin America's biggest economy, was determined to overhaul its dilapidated roads, railways, airports and ports ahead of the Olympics. The Chinese cash infusion is set to cover various sectors, including transport and energy. Li arrives in the capital Brasilia next week for the official visit, during which he will also travel to Rio de Janeiro, before touring neighboring countries. The Chinese premier will visit Colombia, Peru and Chile on the South American swing, aimed at boosting Beijing's influence in the region. China has been Brazil's chief trading partner since 2009 and one of its main sources of foreign investment. Bilateral trade between the two BRICS nations jumped by a factor of 13 between 2001 and 2013, reaching $83.3 billion. Brazilian exports outstripped imports from China by $8.72 billion in 2013, as the South American giant benefited from high Chinese demand for commodities. But that demand has since dipped, putting a brake on Brazilian growth. Brazilian President Dilma Rousseff said Wednesday she wanted to see greater trade cooperation between Brasilia and Beijing, and will push for a free trade accord during Li's visit.

The two countries also hope to bring to fruition an ambitious scheme to create an interoceanic railroad stretching from Brazil to Peru, allowing Brazilian exports to be shipped to China more expediently.

The proposed rail link would stretch some 3,500 kilometers from the port of Santos to the Peruvian Pacific port of Ilo. Graca Lima said the "complex" scheme would take some "three to four years" to realize, but assured it is "advancing." The countries are also expected to announce the delivery of 22 jets from Brazil's Embraer to China - part of a larger order of 60 airplanes from the world's number three commercial aircraft developer.

Graca Lima said Rousseff and Li will ink "a series of accords" on various political issues, along with four major commercial agreements, and as many as 30 investment deals. "We are hoping for very interesting results from this visit," Graca Lima said.

Li is expected to arrive in Brazil Monday, where he will stay for three days before heading to Colombia.
Last Update: May 15, 2015 8:55 pm
RELATED TOPICS