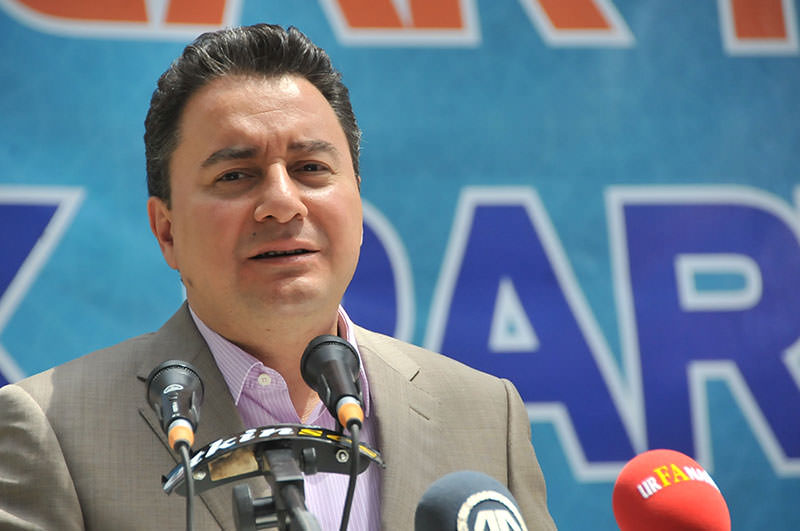 During a television interview on Friday, Babacan said, "As the G20 term president and the president of the committee of ministers from the largest 20 economies [in the world], when I heard about this project, I did not understand it."

According to the project, a 3 million-person city will be created in Turkey – a place the CHP believes will serve as the country's center and be the focus of the economy. Hence, the party aims to transform Turkey into a central country within the region. Babacan, however, said he finds the project quite puzzling since the project does not even mention in which region of the country the newly-built city will be located, let alone the city.

The opposition parties have recently been promising dazzling projects ahead of the upcoming June 7 elections. Much variety exists among these 'promises,' from doubling the minimum wage to bringing peace to the Middle East and ending the Syrian civil war. Pledges of a better world sound appealing to everyone, but many people have doubts as to their feasibility. In particular, this includes Babacan, who said he finds the CHP's promises unrealistic. He said during Friday's interview that opposition parties' promises [regarding the economy] would increase inflation rates, which the Central Bank of the Republic of Turkey (CBRT) is already struggling to hold steady.

Babacan said, "The main opposition party is continuing to create dreams." The CHP is figuring out how to pull the wool over the people's eyes with newly-made up discourses, according to Babacan. "These [such projects] are hurriedly prepared projects in the backrooms of their campaign buses, two weeks left to the elections … If more concrete, sound projects come from opposition parties, then we would analyze them seriously. But other than that, I do not see value in dwelling on them."

The "mega plan" is one of the biggest CHP proposals ahead of the upcoming general elections. The party presented its election manifesto with the slogan "A Livable Turkey," a four-pronged strategy focusing on the economy, education, the judiciary and politics, announced on April 19.

The CHP says it wants to improve the country's economic policies by raising the minimum wage, improving conditions for the poor, the retired and subcontracted laborers, as well as supporting tradesmen plus small- and medium-sized enterprises.