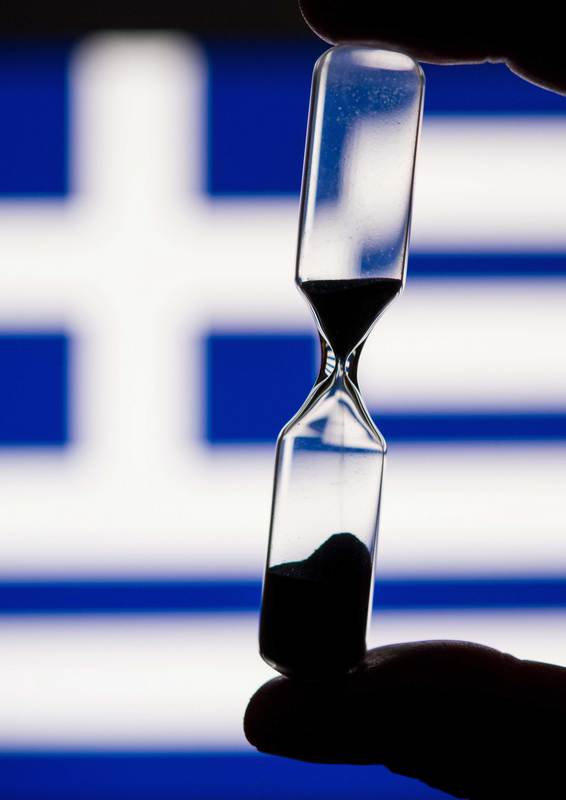 by Daily Sabah with Wires May 26, 2015 12:00 am
Time is running out for Greece to reach an agreement on reforms with lenders and there will be no further funds for Athens without it, the head of the European Stability Mechanism Klaus Regling told Germany's Bild newspaper on Tuesday.

"There is little time left," Regling told the best-selling newspaper. "That's why we're working day and night for an agreement. Without an agreement with the creditors, Greece will not get any new loans. Then there's a threat of insolvency. There are a lot of risks contained in that," he added.

"Even missing a payment to the IMF would be dangerous. That would have an effect on other lenders like us. On the other hand, the rescue fund can only extend loans when reforms are implemented. That is also the case now and that's the only way Greece will be able to restore its economy's fiscal health," he said.

The Greek government said on Monday it intends to make good on its debt obligations but needs aid urgently to be able to do so after several senior officials insisted Athens had no money to pay a loan instalment falling due next week.

Shut out of bond markets and with bailout aid locked, Greece is running out of cash to pay its bills. It must repay four loans totalling 1.6 billion euros ($1.76 billion) to the International Monetary Fund next month, starting with a 300 million euro payment on June 5 that is seen as the next crunch point for state coffers.

A growing list of senior members of the government have openly said Athens does not have the means to pay the IMF, and would prioritise paying civil servants and pensioners instead.

Greek officials have frequently threatened to default in recent weeks, arguing the country does not have cash, which euro zone officials have dismissed as a negotiating tactic to raise pressure on creditors to disburse aid.

Not accepting cuts to wages and pensions has been one of the government's so-called red lines in over four months of negotiations since taking power in January. Such cuts are a sensitive issue in a country where unemployment has soared and incomes have fallen during the six-year economic crisis.

VAT rates, pension reform as well fiscal targets remain open issues, a Greek government official said, and the two sides disagree over the size of the fiscal gap for this year which the lenders put at two billion euros while Athens puts it at under one billion.

"To get that money Greece will have to implement further reforms," he said. He added that in principle there are enough means available for Greece.
Last Update: May 26, 2015 2:14 am
RELATED TOPICS