Greece aims to get bailout deal by Sunday, but creditors wary 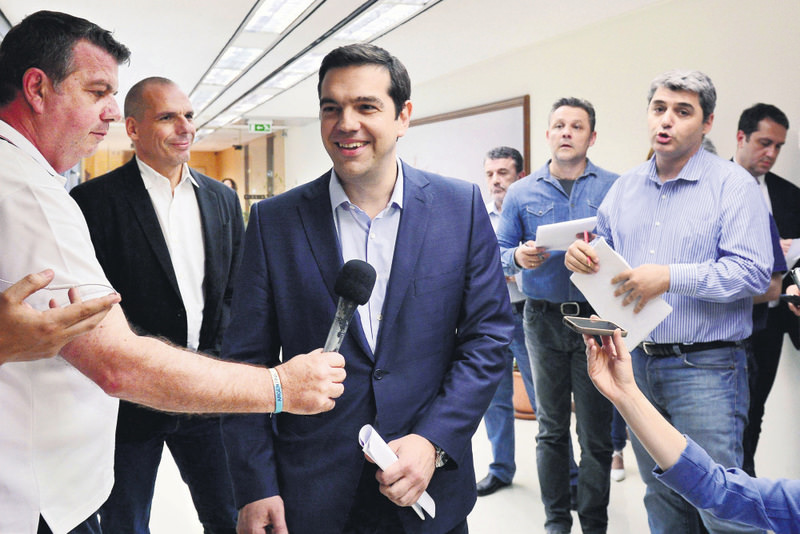 by Associated Press May 28, 2015 12:00 am
Greece says it aims to clinch a deal with its creditors by Sunday, a development that would allow it to receive the desperately needed final installment of its international bailout plan and avoid a default. But the optimism was dampened by the creditors, who warned an agreement remains elusive. Without one, Greece has no money to meet debt repayments as soon as next week. A default could eventually cause it to drop out of the euro, roiling European and global markets. "Talks will continue in the coming days, and further progress is needed," said Annika Breidthardt spokeswoman for the European Commission. "We're not there yet. There are open issues which need to be resolved." The Commission is one of the three institutions Greece is negotiating with, along with the European Central Bank and International Monetary Fund.

The Greek side insisted its optimism was not idle talk. "It is based on very specific facts," government spokesman Gabriel Sakellaridis said Thursday. "We are going into these negotiations with the aim to have an agreement with our partners by Sunday." "We believe conditions are now ripe for an agreement to be reached," he added. A day earlier, Prime Minister Alexis Tsipras had said a deal was near, and Greek officials said the text of an agreement was being written up. But German Finance Minister Wolfgang Schaeuble, whose country is the largest single creditor in Greece's bailout program, said he did not share that view.

In Athens, the conservative opposition criticized the government's handling of the negotiation. "It is obvious that the government is at a dead-end," said New Democracy party spokesman Kostas Karagounis. "It announces deals that don't exist, it presents its own positions as agreements, it is refuted by all foreign officials and meanwhile time has run out and the money has been exhausted."

Greece's new government, elected in January, has been in talks for four months on what reforms it should make to get the final bailout installment of 7.2 billion euros ($8 billion) from fellow eurozone states and the IMF. Athens needs the funds to be able to repay an IMF loan installment of more than 300 million due June 5. The installment is just one of four due to the IMF in June, all repayments of loans that are part of Greece's 240 billion euro bailout, which began five years ago.

The radical left Syriza party won the elections on promises to repeal deeply resented austerity measures that accompanied the country's bailout, arguing they had simply increased hardship and poverty and left the economy in a depression. But Greece's creditors insist it must take measures to ensure its economy is reformed and doesn't slip back into the bad habits of the past, with reckless borrowing and an overinflated an inefficient public sector. Negotiations on what measures exactly Athens must take have dragged with little evidence of progress for months.
Last Update: May 28, 2015 11:08 pm
RELATED TOPICS