Economy a growing priority for the voters in the elections 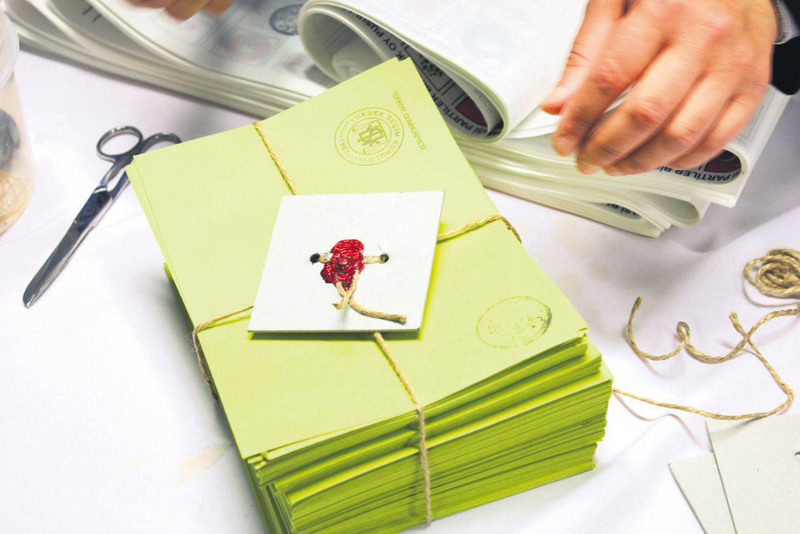 The period leading to the June 7 election has demonstrated of the maturity of Turkey's democracy in terms of the topics dominating the election, including economic policies and new mega projects

The people of Turkey are known for their intense interest in politics as evidenced by the hours spent at coffee shops by men and women or house gatherings over every minutia of politics. What politicians say is closely followed with almost each and every individual having something to say about how the country should be governed. As a result, Turkey has almost 70 million virtual prime ministers willing to share their policies. This intense environment goes to certain extremes before every election.

However, it is also an unfortunate fact that one topic that often used to be relegated to the background in such debates was economic policies. Terrorism, human rights, minority rights or the military's undue influence over politics took a priority over the state of the economy when voters decided who to support in the past. What is remarkable about the campaigs for the June 7 parliamentary elections, though, is the surprising emergence of Turkey's economic future as one of the main topics of conversation among people and politicians.

For decades, Turkey suffered from attacks by the outlawed PKK, and reports of deaths of soldiers and civilians had become almost a routine. While the PKK is far from finished as a threat to the country's security, the reconciliation process has ensured no new murders are committed. Additionally, the threat to laicism was one excuse exploited by some political parties to censure and coerce others. Headscarves were portrayed as a threat, and this was used to bar women who wore them from attending universities or working as civil servants. Even a prospective president's wife's headscarf produced a stiff warning from the military in 2007. In the past decade, politicians have come to realize how senseless it was to deprive these women from utilizing their right to education. The old days of military coups are now seen by most as dark days that stifled freedoms and suffocated the economy.

It is quite understandable that economic policies lose their appeal when people need to worry about their children's lives and their free will is being trampled underfoot.

The last decade of political and social transformation has produced an environment where voters are free to choose without the burden of the terror and laic bogeymen. People can now vote for parties whose economic policies they believe will benefit them the most. This Sunday, the people of Turkey will be voting to choose the government for the next four years, after having the same party in power for almost 13 years. Political stability is a key factor for economic growth, but it is also important to remember what came before.

The 2001 economic crisis had high costs for Turkey. A total of 25 private banks went bankrupt, burdening the state with their debts. Turkey had to pay TL 750 billion ($279.3 billion) in interest over the past 13 years, which is twice the size of the country's annual budget. Turkey has succeeded to grow by 5.1 percent annually between 2002 and 2013 on average, and has become the 17th largest economy in the world, the sixth largest economy in Europe and income per capita increased to $10,800 from $3,300. It is a fact that these numbers have been realized because of the Justice and Development Party's (AK Party) successful economic management by focusing on economic reforms and following a growth model based on exports that has allowed Turkey to move from the lower-middle to high-middle income bracket. However, is now time to decide who will push Turkey into the high-income category and realize the country's potential growth.

During an interview with a national radio channel on Thursday, main opposition Republican People's Party's (CHP) Chairman Kemal Kılıçdaroğlu claimed the Turkish economy has been struggling in the last three years, and refused to answer the question posed by the interviewer of whether he appreciates the AK Party's achievements. The CHP announced that if it comes to power after the election, former Economy Minister Kemal Derviş - known for his solutions to Turkey's 2001 economic crisis - will be in charge of the economy, despite not running for Parliament. While Kılıçdaroğlu sees an economic crisis in Turkey, Derviş has said there is no economic crisis and there will not be a crisis any time soon.

The CHP also announced a new megacity project, which plans to turn Turkey into a hub for international trade, which is a new development for Turkey to hear a megaproject announced from an opposition party. However, it failed to impress even its own candidate for economy minister. When asked about the CHP's megacity project, Derviş said it is a logical project, but, like all projects, without a proper implementation plan in place, the project would not work or achieve the results for which it aims. He also underscored that while the CHP opposes the third Istanbul airport, the CHP's megacity project is directly connected to the airport, and added that he does not understand the CHP's perspective in this respect.

Election manifestos of the political parties' involve promises regarding the minimum wage, diesel fuel prices, supporting small- and medium-sized enterprises (SMEs) and social aid. The parties have calculated the cost of their promises and used them against each other to criticize one another at election rallies. The need of structural reforms seems to be the only area on which everyone has agreed. Turkey has written a success story in the last 13 years, but the country now needs reforms to do more to make the next jump.

In the past few weeks, the government outlined its economic master plan that aims to provide the economy with the momentum to propel itself from the current high-medium income category into the high-income category over the next decade. The government's intention to ensure Turkey begins producing its first domestic automobile next year is seen as part of the major overhaul of the economy. There is also the plan to manufacture Turkey's first domestic aircraft, major infrastructure projects including a countrywide high-speed railway system, the third airport in Istanbul and the third bridge over the Bosporus - projects that are aimed to ensure the country will become a major energy hub - as well as structural reforms and state support for innovation in technology and manufacturing.

It is time to understand what Turkey really needs and vote for the party that will realize that. People have different priorities and will go to the ballot box accordingly. At the end of the day, Turkish democracy has proven its maturity and Turkey is a more stable and self-assured country as can be seen by the topics dominating the election, which include economic policies that will influence how the country grows in the decades to come.
Last Update: Jun 06, 2015 12:40 am
RELATED TOPICS