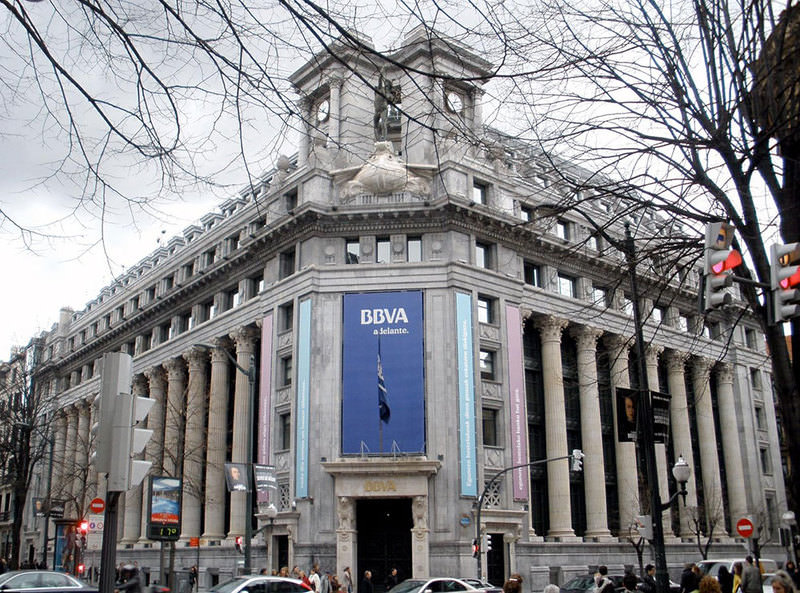 by Daily Sabah with Reuters Jun 11, 2015 12:00 am
The Spain-based banking company BBVA has announced its interest in bidding for British banking giant HSBC's Turkey and Brazil operations. HSBC recently announced it is going to sell its operations in Turkey and Brazil, which will also include 25,000 job cuts worldwide.

In a statement, HSBC Turkey CEO James Emmett said, "Our customers and workers are our priority as they have always been. We will continue to serve our customers during this process." As of 2014, HSBC Turkey operates 298 branches and a digital banking system.

According to an article published by CNN Expansion, BBVA's global franchise head Vicente Rodero, recently said they will evaluate the situation of HSBC's Turkey and Brazil operations and act accordingly if there is an opportunity.

BBVA's spokesperson in Madrid has not confirmed the statement, however, but said it is the bank's duty to pursue all advantageous opportunities. BBVA controls a 25 percent stake in Turkey's second-largest private bank, Garanti, but BBVA is not currently operating in Brazil. Reuters had reported earlier that Dutch ING, French BNP Paribas and the Arab Banking Corporation of Bahrain also expressed interest in HSBC Turkey.