Fear and panic grows as billions flow out of Greek accounts 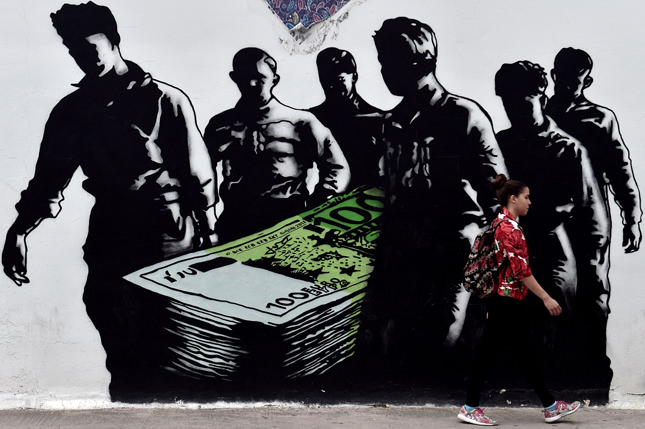 by Jun 20, 2015 12:00 am
From 1.7 billion to 2 billion euros (1.93 billion to 2.27 billion dollars) flowed out of bank accounts in Greece on Friday alone as its government is threatened with insolvency, Greek media reported Saturday.

The withdrawals came a day after talks between Athens and its eurozone partners failed to reach a breakthrough on Greece receiving the remaining money in its international bailout. They brought the withdrawals for the week to 5 billion euros, the conservative Athens newspaper Kathimerini reported.

A run on the banks has not occurred. Depositors have not lined up at banks to take out their money, but business at the country's ATMs Saturday was brisk.

Fears are rife that Greece's government is about to run out of money after months of talks between it and its creditors have failed to achieve an agreement to unlock 7.2 billion euros in bailout aid. The European Commission, European Central Bank and International Monetary Fund (IMF) are demanding reforms from Greece's leftist government, which took office in January, in return for the money.

After Thursday's talks with eurozone finance ministers also failed, an emergency summit was called for Monday as time is running out for Greece. The European part of its bailout is expiring on June 30, the same day that the country is to repay 1.6 billion euros to the IMF.

German Chancellor Angela Merkel warned Greece that action must be taken before Monday.

"A decision can only be reached at the summit Monday if the basis for a decision is made beforehand," she said Friday in Berlin.

Otherwise, Monday's meeting in Brussels will be for consultations only, she said.

EU President Donald Tusk, meanwhile, warned against having excessive expectations about the meeting of eurozone leaders.

"We must free ourselves of any illusions that there is a magic solution at the highest level," he said.