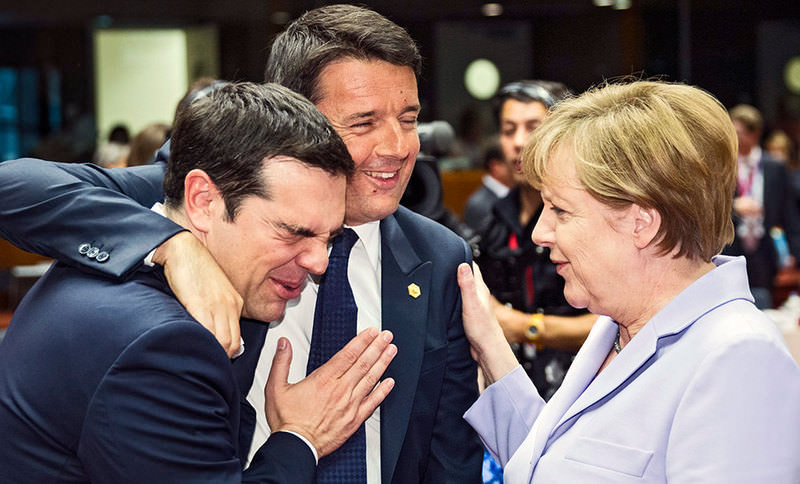 by Jun 25, 2015 12:00 am
Eurozone finance ministers' talks broke up without an agreement on a Greek debt deal on Thursday, Finland's Alexander Stubb said, with sources saying they were likely to meet again on Saturday.

"That's it for today. Institutions and Greece to continue work. Eurogroup back later, but not today," Stubb tweeted after the talks in Brussels, which had been expected to thrash out a deal for EU leaders to approve at a summit opening later Thursday.

The 19-country currency union's finance ministers met on both Wednesday and Thursday in parallel with talks between Greek Prime Minister Alexis Tsipras and the leaders of the European Commission, European Central Bank and International Monetary Fund.

The Tsipras-EU-IMF talks ended earlier Thursday, not only having failed to reach a breakthrough but also producing two rival reform plans which Greece and its international creditors presented separately to the Eurogroup.

"Interestingly several colleagues disagreed and criticized not only our text but also the text of the institutions," he said.

Yanis Varoufakis said on Saturday his country had done everything it could to accommodate the "strange demands" made by its creditors, and was determined to remain part of the euro zone, but Greece would not accept any solution to its debt crisis that it considered nonviable, he said in an interview with Irish national radio RTE.

"We decided that as a Eurogroup that we shall continue our deliberations, the institutions are going to look again at the two documents, our documents and their own, in discussions with the Greek government, and we'll continue until we get a solution."

Tsipras said as he arrived at the summit of all 28 European Union leaders on Thursday he was "confident we'll reach a compromise."