Greece to introduce a new currency: Schulz’s take on the ‘no’ vote 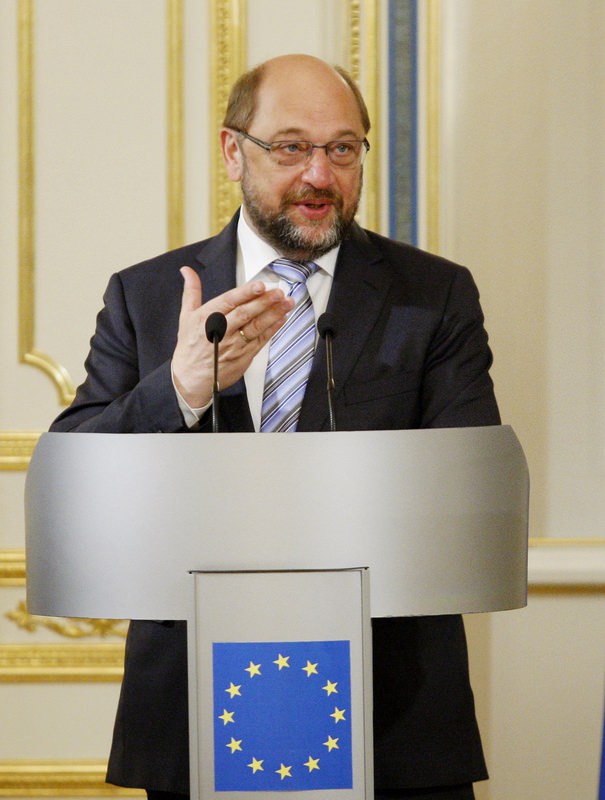 | AA Photo
by Jul 05, 2015 12:00 am
European Parliament president Martin Schulz said on Germany's Deutschlandfunk radio that Greece will have to introduce another currency if Sunday's referendum results in the lead of the 'no' vote.

Schulz also stated that "the euro will not be available as a means of payment."

Separately he told a German newspaper that Europe would not "desert" the people of Greece regardless of the outcome of the referendum and may provide it emergency loans.

He said in an interview with Germany's Welt am Sonntag newspaper that the Athens government had manoeuvred the heavily-indebted country "into a dead end".

"Perhaps we will have to give emergency bridging loans to Greece so that public service can be maintained and needy people get the money they need to survive," he said.

"For that, money would be available short term in Brussels," he added.

But he warned this would not be a lasting solution.

Greeks are voting in a tightly fought referendum on whether to support the terms of the country's potential bailout deal with its international creditors.

Prime Minister Alexis Tspiras has urged a 'No' vote.