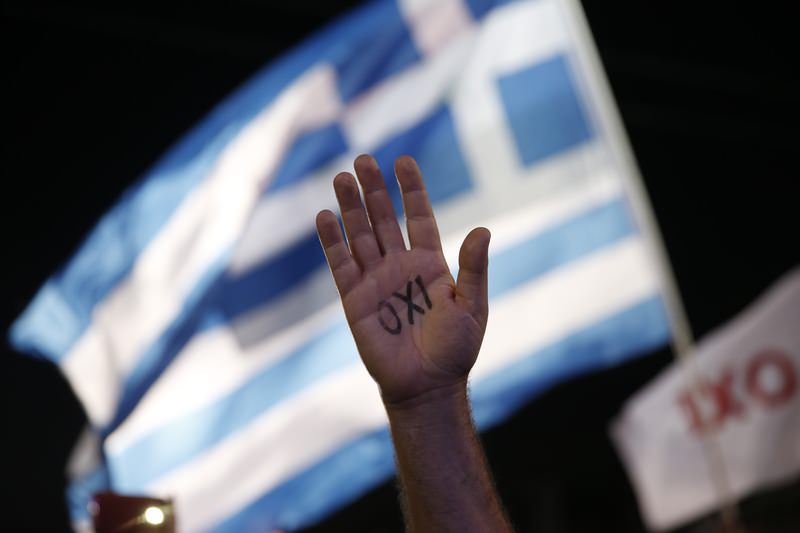 by Daily Sabah with AA Jul 07, 2015 12:00 am
A Greek exit from the eurozone, commonly referred to as "Grexit" is not an acceptable scenario for the Greek government, George Katrougalos, Greek minister of administrative reform, said on Tuesday.

Katrougalos's comments come after Greece has been given a final chance to present a new reform plan to its eurozone partners on Tuesday.

According to Katrougalos, Greek banks just need liquidity: "It's relatively easy to resolve this problem. I hope that within this week an agreement will be reached. Grexit is not an acceptable scenario for us."

Speaking to Anadolu Agency, Katrougalos said Greece's goal was to stay in the eurozone.

He said he hoped that the banking system in the country would normalize very soon. "But this is dependent on the decision of the European Central bank. We are ready to make concessions provided that the other side would also make similar ones," Katrougalos said.

The Eurogroup meeting on Tuesday was a key chance for Greece to make its case to its creditors, but now the real work is expected to be delayed until Wednesday.

Before the meeting, a number of Eurogroup finance ministers said that this was to be a crucial date for Greece, as the country will shortly run out of money if a bailout deal is not concluded.

Katrougalos said Greek's basic request from its creditors is to have debt relief.

"There are possibilities. We only think what's necessary is the political will for that," Katrougalos said.
Last Update: Jul 08, 2015 12:19 pm
RELATED TOPICS