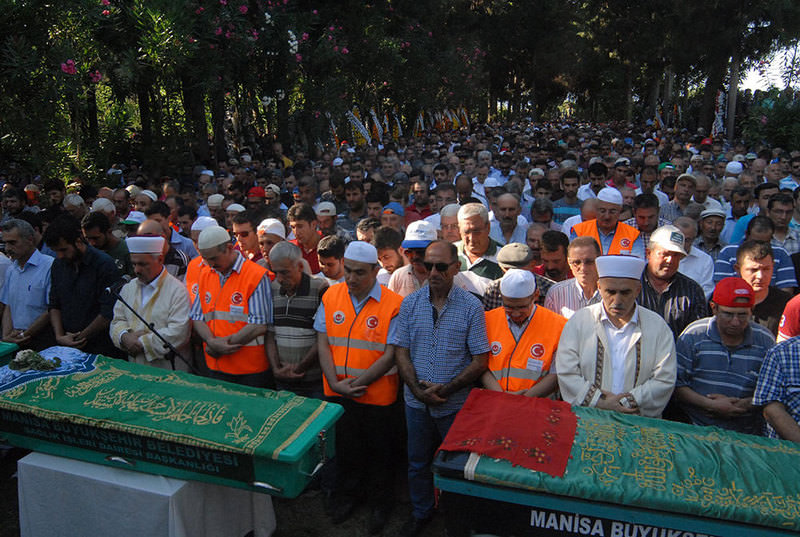 According to the latest report of Istanbul Council for Workers' Health and Work Safety (İSİG) in June, the death toll of the first six months of 2015 was 794. In June alone, 147 people, including eight children, died in work related accidents. Of those who died, six were females and 141 were males. This year's figure was slightly less than last year as 151 workers died in June 2014, while this number was only 59 in June 2012.

Agriculture and forestry were leading sectors with 40 deaths, followed by construction with 33 and transportation with 18 deaths. Traffic accidents were the main cause of death as they claimed 42 lives in June.

The report also focused on the conditions of Syrian immigrants, who are increasingly becoming a cheap labor source in the Turkish labor market. Three Syrian immigrant workers died in work accidents in June.

The death toll in the summer months tend be higher as seasonal farm workers, often transported in poor conditions, perish on the roads. In Monday's accident, workers were being carried in the bed of a pickup truck, possibly increasing the death toll as the vehicle collided with a tanker carrying milk.

On October 2014, 18 seasonal farm workers died in a traffic accident in the Isparta province as the brakes of a 24-seat minibus could not handle the load of 46 people crammed inside.

Conditions in Turkey are no better than the global average. According to a statement by the Confederation of Progressive Trade Unions of Turkey (DİSK) in regards to the accident, 80 percent of Turkey's agricultural workers do not have social security, while their labor is being exploited by commissioners. Of all 131 female workers who died in 2014, 71 were working in the agricultural sector, the DİSK statement read.

DİSK also criticized the unfinished road enlargement work continuing since 1998 on the road that the accident took place, citing that the road connects Akhisar and Salihli, two large towns and agriculture industry centers in the Aegean region.