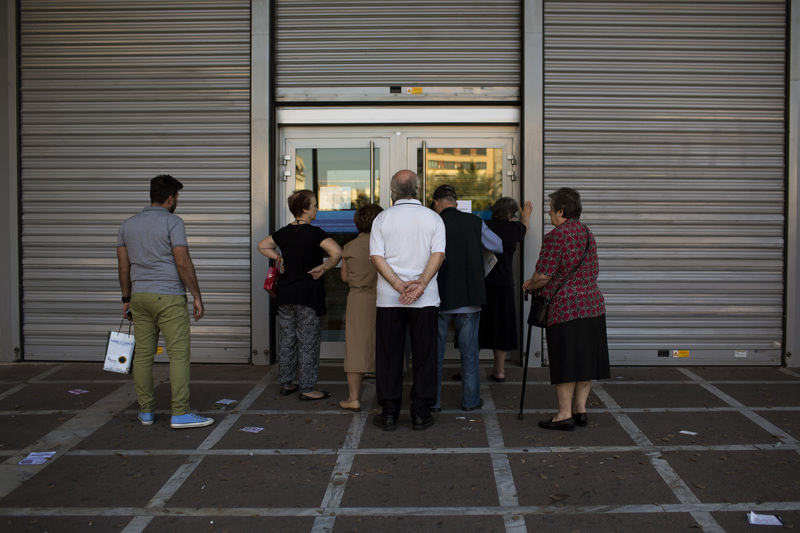 by Jul 08, 2015 12:00 am
Greek banks will remain closed until Monday, the finance ministry said Wednesday said as the government raced to come up with a new proposal to present to creditors in a last-minute drive to avert a eurozone exit.

"The bank holiday is extended to July 13," the finance ministry said in a statement. A ministry source also told AFP withdrawal limits would remain unchanged.

The banks have been closed since June 28, with withdrawals by Greeks limited to 60 euros ($66) to stave off a liquidity shortage after the government called a referendum on EU-IMF creditors' terms for an international bailout.

The referendum turned out a 61-percent result against the creditors' latest bailout proposals, souring relations between Athens and many of its European peers.

The Greek government has promised to start pension and tax reforms next week, as demanded by creditors, in return for a three-year loan to drag its financial system back from the brink of collapse.

"Tomorrow we will openly submit our proposals with reliable reforms in order to reach what we have called an honest compromise," Tsipras told Greek President Prokopis Pavlopoulos upon returning from Strasbourg.

In return, Tsipras said he sought "clear pledges" on funding and a reduction of Greece's crushing public debt.

The capital controls have kept Greek banks going but authorities have struggled to keep ATMs supplied with cash, and additional obstacles to imports have led to fears of shortages in goods and medicine.
Last Update: Jul 08, 2015 11:38 pm
RELATED TOPICS