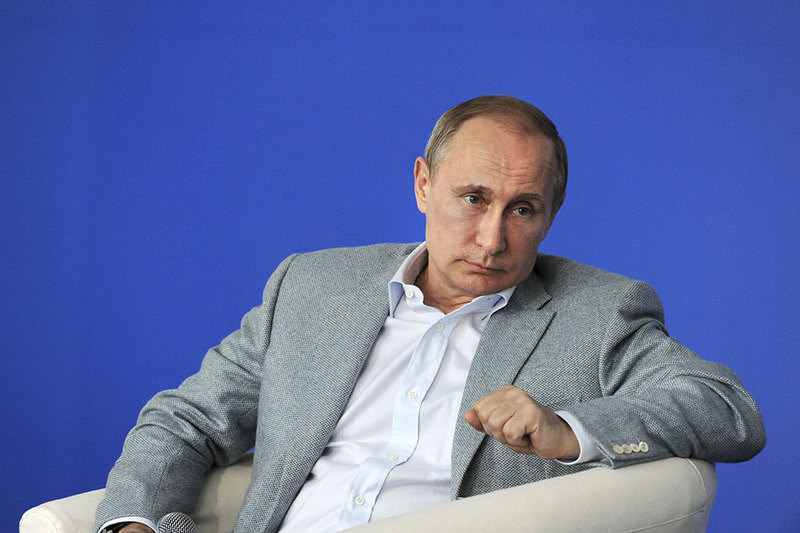 Turkey will be the first foreign country to implement Russia’s new bank card service system. Russian President Putin said they will invest in Turkey to settle the payment system due to the high amount of Russian tourists visiting Turkey every year

Russian President Vladimir Putin said Russia's new national card payment system, introduced to overcome Russian nationals' payment difficulties arising due to sanctions against Russia, will be used abroad for the first time in Turkey in the near future.

Doğan News Agency reported that Putin's statements came at a youth forum held in Russia's Vladimir region on Wednesday. "Last year alone, 4.5-5 million of our citizens spent their vacations in Turkey. As the number is so high, it will enable [Russian citizens] to pay with Russian bank cards. We will gradually settle with our partners abroad, which will make lives easier for tourists. Only time and investment is needed to settle the system," Putin said.

Russia earlier decided to develop its own electronic card payment system in response to Visa and MasterCard not paying taxes in Russia despite high commissions collected from its citizens. The collection of Russian citizen's private information by two U.S.-based bank card companies was also considered a national security problem.

Earlier this month at the BRICS and Shanghai Cooperation Organization summit held in Ufa, Russia, Putin said a national payment card system should be introduced both in Russia and abroad by the end of 2015. Putin added that 97 percent of Russian citizens use Visa and MasterCard payment systems. "Is it a normal situation? No," he said.

Russian Central Bank Deputy Chairman Olga Skorobogatova had earlier given a more exact date for the system, as she said that the national payment card system will begin operating by December. Russian news agency FT reported that around 210 million bank cards have been issued in Russia, more than its population, and the head of the National Payment System, Vladimir Komlev, expects that the new system is expected to take 60 percent of the market share by 2018. Visa currently holds a 60-percent share in this lucrative market, followed by MasterCard with a 35-percent share. Gazprombank, Rosbank, Alfa Bank, Bank Rossiya, SMP Bank and the Ural Bank for Reconstruction and Development were listed among the first six banks to participate in the National Payment System.

Earlier in March, Reuters reported that Visa and MasterCard had stopped providing services for payment transactions for clients at Bank Rossiya due to U.S. sanctions over what the West says is Russia's illegal annexation of Crimea from Ukraine. The two payment systems also suspended services for clients at several other banks whose shareholders are on the U.S. sanctions list. They resumed services after the U.S. government said this did not mean the banks were subject to sanctions. However, it was reported that customers of these banks, both at home and abroad, suffered problems making payments and completing transactions. "It is really too bad that certain companies have decided on … restrictions," Putin said, without naming Visa or MasterCard. "I think this will simply cause them to lose certain segments of the market – a very profitable market."

Russia has been largely integrated into the global economy since the 1991 collapse of the communist Soviet Union, but the biggest confrontation since the Cold War has led officials to look for ways to reduce reliance on the West.