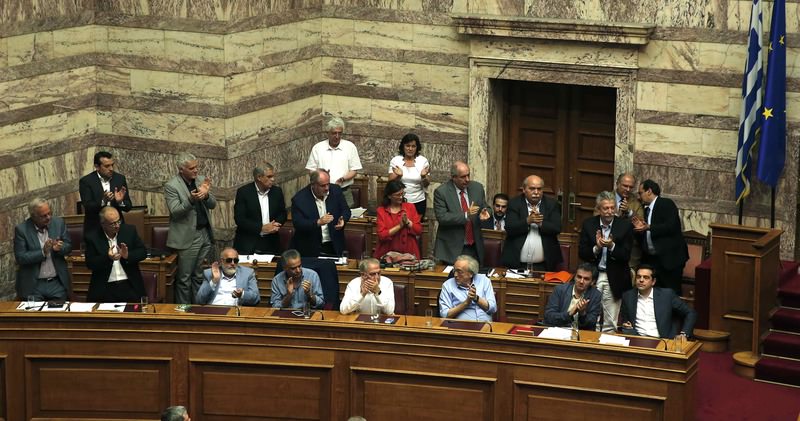 by Jul 16, 2015 12:00 am
Greece's parliament early on Thursday strongly approved a bill of tough reforms demanded by the country's creditors in return for a new bailout, according to official results.

A final count showed 229 lawmakers voted in favour of the measures, with 64 voting against and six abstaining.

The ruling radical Syriza party passed the bill thanks to support from pro-European opposition parties as a large group of government lawmakers -- including former finance minister Yanis Varoufakis, the head of parliament Zoe Constantopoulou and Energy Minister Panagiotis Lafazanis -- voted against the measures.

Prime Minister Alexis Tsipras, who has nearly split his party in the process, insisted he did not agree with the bulk of the draconian deal, that demands tax hikes, a pensions overhaul and privatisation pledges.

But he said the country had no other choice if it wanted to stay in the euro.

"We will not back down from our pledge to fight to the end for the right of the working people," he told the chamber ahead of the vote.

"There is no other option but for all of us to share the weight of this responsibility," Tsipras said.
Last Update: Jul 16, 2015 2:27 am
RELATED TOPICS