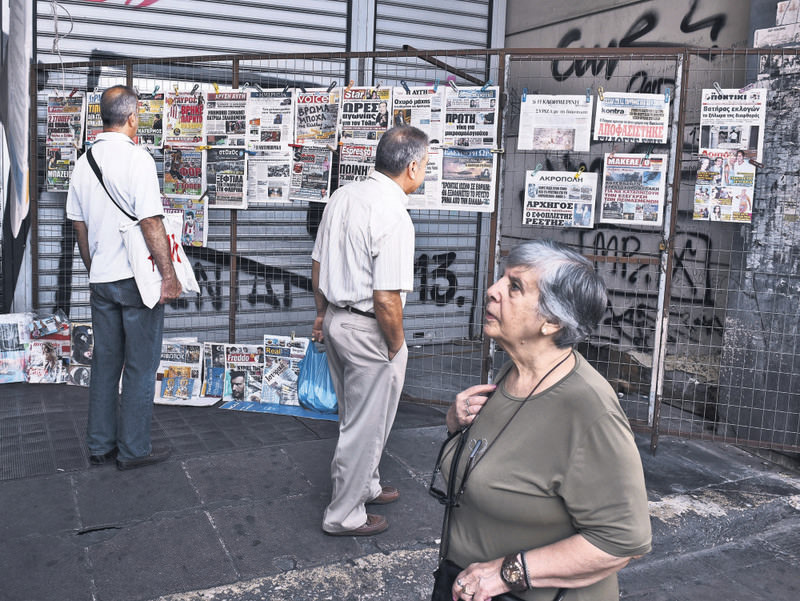 Greece's radical left-led government survived another revolt by rebels in the early hours of Thursday, passing reforms that should pave the way for the imminent start of bailout discussions with European creditors. The reforms to the judiciary and banking systems were the final hurdle the country had to clear before talks can start over a third bailout worth around 85 billion euros ($93 billion). Without the money Greece would be unable to pay the debts due over the coming three years and would likely be forced to leave the euro, Europe's shared currency.

Discussions over the details of the bailout program, which will involve economic targets as well as potential debt relief for Greece, should begin "as swiftly as possible," according to the European Union's executive commission. The hope on both sides is that the discussions will conclude by Aug. 20, when Greece has a payment of a little more than 3 billion euros ($3.2 billion) due to the European Central Bank.

The European Commission welcomed the Greek Parliament's vote in favor of further reforms, saying it had taken "another important step toward implementing its commitments" made during a summit of European leaders last week. Lawmakers voted 230-63 in favor of the measures, following a whirlwind debate that ended at 4 a.m. (0100 GMT). Another five members of the 300-seat house voted present, a kind of abstention.

Prime Minister Alexis Tsipras was unable to forestall a second revolt in a week among his Syriza party lawmakers, but had no trouble passing the draft legislation with the backing of pro-European opposition parties.

Government spokeswoman Olga Gerovasili conceded there is a clear rift within Syriza, but would not say whether rebels would be expelled. Tsipras has accused party critics of acting irresponsibly. "From this point on, party procedures will be followed in order to deal with the problem," she said after the vote.

The number of disaffected Syriza lawmakers, who see the reforms as a betrayal of the anti-austerity platform that brought their party to power in January, shrunk slightly compared to last week's similar vote from 38 to 36. Former finance minister Yanis Varoufakis voted in favor this time following his vote against last week's austerity measures, which included big increases in sales taxes. Though the number of rebels diminished, it's still roughly a quarter of all party lawmakers.

Addressing parliament before the vote, Tsipras said the reforms were a necessary price to keep Greece in the euro. "We have chosen a compromise that forces us to implement a program in which we do not believe, and we will implement it because the alternatives are tough," he told lawmakers. "We are summoned today to legislate under a state of emergency." Tsipras also ruled out resigning. "The presence of the left in this government isn't about the pursuit of office, it's a bastion from which to fight for our people's interests," he said. "And as far as I'm concerned, I won't abandon this bastion, at least of my own free will."

Following the two parliamentary votes required by creditors, the Greek government hopes that the economy will stabilize following a crisis-ridden period that's seen strict controls on capital imposed amid fears over the country's future in the euro.

After being shuttered for more than three weeks, the banks were able to reopen at the start of this week, albeit for limited transactions, as the European Central Bank has increased the amount of emergency liquidity it has made available to Greek banks. Still, daily withdrawals at ATMs are still limited to 60 euros ($65) per account holder.

The reforms approved Thursday are aimed at reducing the country's court backlog and speeding up revenue-related cases. Greek lawyers' associations oppose them, arguing that they will have the opposite effect.

Greece has relied on bailout loans totaling 240 billion euros since 2010 after it was locked out of international money markets. It nearly crashed out of the eurozone this month, after relations between Athens and its creditors hit rock-bottom, and was only saved by a last-minute U-turn from Tsipras.

In return for Greece's bailouts, successive governments have had to enact harsh austerity measures to try to get public finances into shape. Though the annual deficit has been reduced dramatically, the country's debt burden has risen as the Greek economy has shrunk by around a quarter. Though Greece's debt fell in the first quarter to 168.8 percent, it's still the highest in the 19-country eurozone and by a wide margin.
Last Update: Jul 23, 2015 10:07 pm
RELATED TOPICS