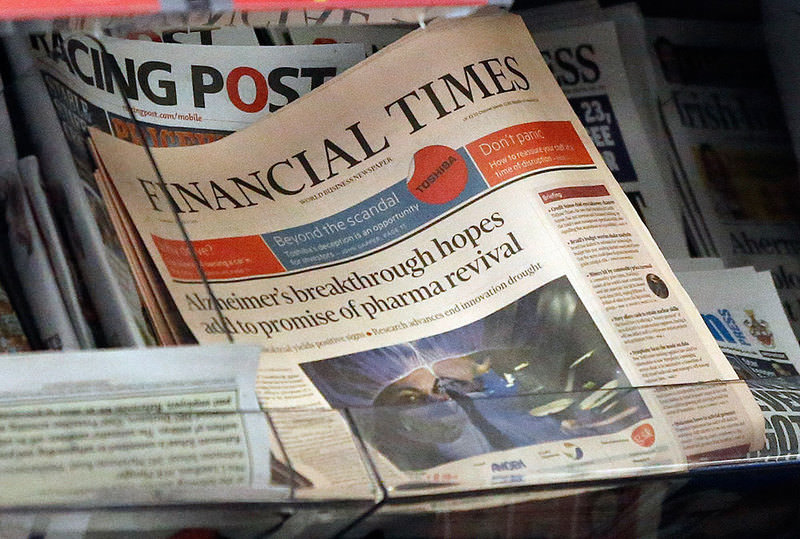 by Jul 23, 2015 12:00 am
Japan's Nikkei has agreed to buy the FT Group, publisher of the Financial Times newspaper, from Britain's Pearson for 844 million pounds ($1.31 billion) in cash, the two companies said on Thursday.

Nikkei describes itself as the largest independent business media group in Asia.