DEİK to visit China and Indonesia with 100 businessmen 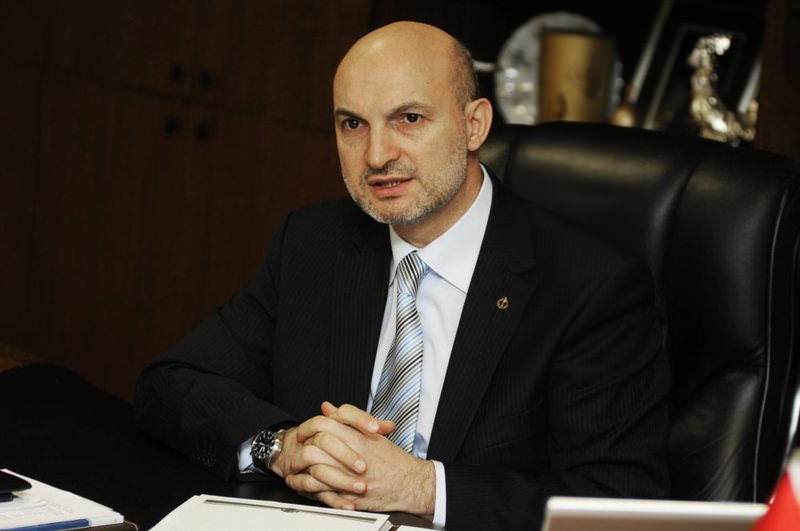 by Daily Sabah Jul 24, 2015 12:00 am
More than 100 members of the Turkish Foreign Economic Relations Board (DEİK) will accompany President Recep Tayyip Erdoğan during his visits to China and Indonesia from June 28 to Aug. 1.

According to a DEİK statement, more than 100 members of DEİK from different business fields, such as energy, finance, construction, mining, logistics, defense, textile, chemistry and electronics, will be present during President Erdoğan's China and Indonesia visits. These economy-focused visits, which have been organized with two big economies in the G-20 from the Asia-Pacific region that has become the center of growth and investment in the global economy, will make a huge contribution to Turkey's expansion in the region. In this context, the Turkey-China Business Forum will be held on July 30 in Beijing with the attendance of President Erdoğan, Chinese President Xi Jinping, Economy Minister Nihat Zeybekci and Chinese Trade Minister Gao Hucheng. Additionally, nearly 400 businessmen from the Turkish and Chinese private sector will participate in the forum.

The committee will go to Indonesia after China and hold official talks in Jakarta. The Turkish-Indonesian Business Forum will be held on Aug. 1 in Jakarta with the attendance of President Erdoğan, Indonesia President Joko Widodo, Economy Minister Zeybekci and Indonesian Trade Minister Rachmat Gobel. A memorandum of understanding will be signed between DEİK and the Indonesian Chamber of Trade and Industry to increase the volume of trade.

DEİK Chairman Ömer Cihad Vardan said that Turkey should strengthen its presence in the Asia-Pacific region to reach its medium- and long-term targets and take steps to become a high-income society. Emphasizing that the Asia-Pacific region is an obligation for Turkey not an option, Vardar said that almost all policy makers and companies are building their futures on this reality. "Turkey's geographic position and its interaction with economic blocs can evaluate opportunities in this region in the best way possible. Turkey has taken firm but cautious steps forward in the region so far. We believe our existence and recognition will be strengthened in the region thanks to the official talks and business contacts during the visits of President Erdoğan. From this point of view, we aim to turn our trade-centered economic relations with the countries in the region into investment-centered permanent economic relations," concluded Vardan.

Trade volume between Turkey and China exceeded $1 billion in 2000 and it has followed a growing trend ever since. However, the balance has always been to the benefit of China. Turkey's exports to China was almost $2.9 billion in 2014, while imports were $24.9 billion.
Last Update: Jul 24, 2015 9:45 pm
RELATED TOPICS