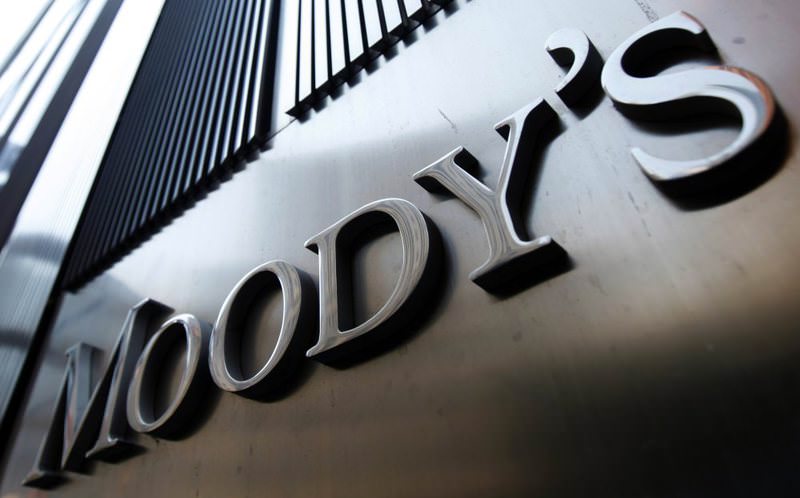 Having postponed the evaluation of Turkey's credit score and outlook three times as uncertainty climbs in Turkey, experts anticipate an unchanged rating while a score is possible.
by Daily Sabah with AA Aug 05, 2015 12:00 am

The three-times-postponed evaluation of Turkey by Moody's is expected to be announced on Friday. Subpar growth in recent years, political instability, and geopolitical developments are likely to affect Turkey's rating but will not necessarily cause a cut

Moody's Investors Service, which made its latest revision for Turkey on April 11, 2014, changed the outlook on Turkey's Baa3 government bond rating to negative from stable. Concurrently, it affirmed Turkey's Baa3 rating and investment grade at their current levels.

The agency made an announcement on June 10 and drew attention to the fact that the election results might increase the possibility of political instability. It is expected that Moody's will make this year's final evaluation meeting for Turkey on Dec. 4.

"A performance hanging up around 3 percent in terms of growth dynamics in the recent years is not exciting for credit rating," Sezgin said, adding: "It seems that reaching political stability and making progress in economic reforms are absolutely necessary for Turkey to protect its investment grade at its current level or upgrade it. Moreover, the External Vulnerability Index that Moody's follows closely pushes credit rating agencies to be extra cautious in stressful and uncertain periods because of the low reserves. Turkey gets poor marks in this field compared to the other countries that have similar credit ratings."

Bora Tamer Yılmaz, an economist at Ziraat Investment, said Moody's can skip this week, as the principal determinant of the asset prices in Turkey has been the country's risk premium in the recent period. Stating that the risk premium is priced in accordance with domestic, political and geopolitical developments, Yılmaz stressed that there have been no triggering developments on either side.

"Establishing a new government at home, creating a security zone in Syria and cooperating with NATO forces abroad might seem like triggering developments, Yılmaz said, adding: "Moody's might prefer not to make any evaluations about Turkey's credit rating without seeing any concrete developments. Right now, the most powerful issue in Turkey is that the Central Bank of the Republic of Turkey [CBRT] announced it would normalize its monetary policy framework together with the [U.S.] Federal Reserve." Yılmaz also stressed that Turkey is one of the best countries in the world in terms of public finance. "Turkey has managed to take supportive steps towards the domestic demand without disrupting debt indicators. For example, while the unemployment rate decreases to single-digit figures thanks to the stimulus packages announced to increase employment, domestic demand protects its dynamism. Positive balance sheets announced by banks in the second quarter indicate the strength of the sector. Inflation showing a falling tendency is also one of the factors that supports Turkey," Yılmaz highlighted.

Wolf-Fabian Hungerland, an economist working on the Turkish economy at the Germany-based financial institution Berenberg, said the principal question a credit rating agency asks is what is a particular country's debt discharging capacity compared to the other countries located in the same group. He emphasized that Turkey's economic growth has seriously slowed down while political uncertainties have increased. Underscoring that Turkey's public debt and borrowing requirements were relatively low in the report published by Moody's in June compared to many countries with a Baa3 rating, Hungerland said they expected Moody's to affirm Turkey's credit rating at its current level on Friday.
RELATED TOPICS