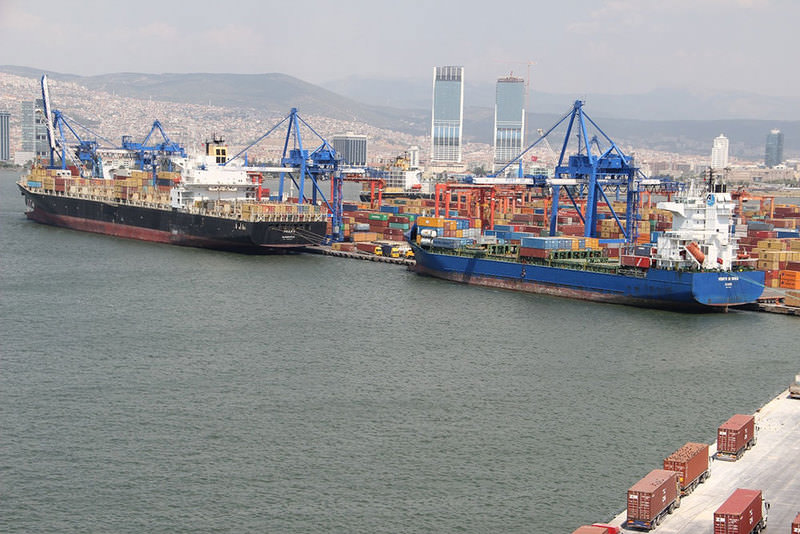 by Daily Sabah with DHA Aug 07, 2015 12:00 am
Exports originated from Turkey's western Aegean region have reached $8.1 billion in the first half of 2015, surpassing the region's $7.75 billion worth of imports, according to the data released by Turkish Statistical Institute on Friday. Thus the region's export-import coverage ratio has reached 104.4 percent.

This rate was recorded as 66 percent for Turkey in general in the same period, at $106.7 billion worth of imports were made, whereas exports stood at $73.5 billion.

The total trade volume of the Aegean region in the January-June period was recorded at $15.8 billion, shrinking by 13.3 percent when compared with the same period in 2014.

The Izmir province, the region's economic and cultural powerhouse, led the region's total trade volume with a 55 percent share, although the exports decreased by 18 percent compared to the same period last year to $4.12 billion. Imports also decreased by 11 percent to $4.52 billion, and Izmir's export-import coverage ratio realized as 91.1 percent. This share was 94 percent for the Uşak province, while the rest of the region produced foreign trade surplus.

The export-import coverage ratio was announced as 280 percent for the Muğla province.

Sabri Ünlütürk, Coordinator Chairman of the Aegean Exporters' Union, said they are proud and happy for their performance and they expect the same from Turkey as a whole.

"Through investments made in innovation, research&development, design and branding, Turkey can produce foreign trade surplus. We expect to increase the share of high-technology products in our total exports from 4 percent to 25 percent, and our average export unit price from $1.6 to $3," Ünlütürk said.