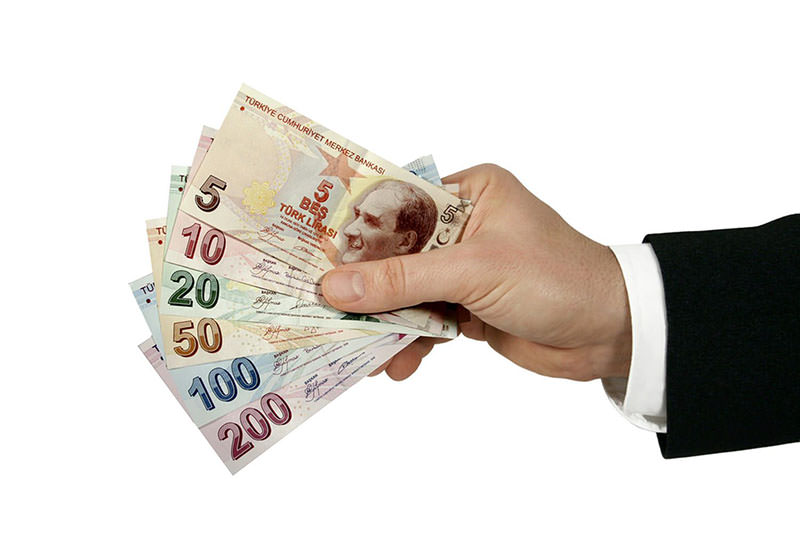 by Daily Sabah Aug 09, 2015 12:00 am
The poverty line for a single worker, the amount he/she should earn monthly in order to pay rent and meet basic needs, increased by 0.13 percent in July compared to June, setting at TL 2,112 ($760) according to data the Turkish Public Workers' Labor Union (Kamu-Sen) released on Sunday. The hunger threshold, on the other hand, for a single worker was set at TL 1,630.23.

Kamu-Sen has also released the relevant figures for a family of four. Accordingly, the poverty line for a household of four was set at TL 4,284.66 ($1,541), whereas the minimum level of average monthly food expenditures and accommodation expenses was calculated as TL 1,630.23 as of July. In order for a family of four to develop a healthy diet, they have to spend at least TL 34.26 ($12.51) on their daily food consumption, reported Kamu-Sen.

The statistics further showed that in July a civil servant earning TL 2,407.22 a month on average allocated about 42.07 percent of his/her salary to cover the food expenditures of his/her family of four.

President of Kamu-Sen, İsmail Koncuk, demanded that salaries of civil servants and the pensions of retirees increase by 78 percent to attain the required level of welfare. The minimum wage for a single worker in Turkey without a family is TL 949.07, whereas the lowest civil servant salary stands at TL 2,114, and the highest at TL 8,090.
Last Update: Aug 09, 2015 3:15 pm
RELATED TOPICS