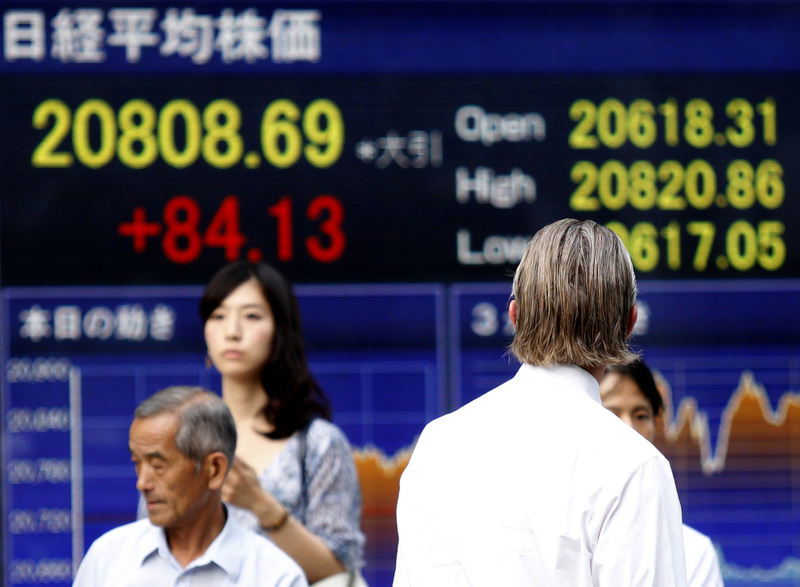 by Aug 17, 2015 12:00 am
September looks increasingly certain for the U.S. Federal Reserve's first rate hike in nearly a decade but China's growing economic troubles could yet mess up its plans. Minutes from the Fed's July 28-29 meeting due on Wednesday will offer vital clues about its plan to hike rates for the first time since 2006, with rebounding retail sales, solid jobs growth and rising construction all pointing to next month as GDP stays above trend for the world's largest economy.

Indeed, Atlanta Fed President Dennis Lockhart recently said that only a "significant deterioration" in economic data would dissuade him from a rate hike in September and key drivers have mostly surprise on the upside. The big exception is, of course, China. Chinese growth is slowing, the property market is deflating and the Chinese yuan's surprise devaluation is heightening fears that the actual outlook is worse than markets expect. "The property overhang and high corporate debt support our long-held view that the Chinese economy is doing much worse than the official growth forecasts of 7 percent suggest," Commerzbank said on Friday. "The economic risks for China will point downwards for a long time to come."

Chinese house price data due on Tuesday will probably reinforce views that the market has bottomed out thanks in part to government intervention but prices will continue to show a big year on year drop, indicating a protracted recovery with big implications for commodity prices. UBS estimates that the property market's downturn will subtract 1.5 percentage points from GDP growth this year and policy measures would have to add another 1.1 percent on top of the stimulus in 2014 for growth to be close to 7 percent. Still, stimulus will only stabilise, not accelerate growth, leading to further weakening in commodity demand as the commodity-intensive construction cycle transitions to a new norm at lower levels, UBS added. The weaker yuan will also add to the emerging market slowdown, with a potential long term impact on advanced economies.

"The growth differential between advanced and emerging economies is at its lowest level since 2000," UniCredit said in a note. "Weaker growth momentum in emerging markets, contributing to commodity-price weakness, coupled with the dollar's strength, is also creating risk for European credits."

The euro zone's growth slowed to 0.3 percent in the second quarter, just short of expectations, despite heavy monetary stimulus from the European Central and a weak euro.

The weaker yuan is only a moderate headwind for European growth given the currency block's trade deficit with Beijing but adds to deflationary pressures, a headache for the ECB as it spends 60 billion euros a months for asset buys boost prices. Indeed, the ECB already feared in mid-July that China's troubles would have a bigger-than-expected impact on Europe and those fears probably increased this month.

While Europe's GDP mildly disappointed, Japan, the world's third biggest economy, is bracing for an outright dismal reading on Monday with markets expecting a 0.5 percent contraction in the second quarter on weak exports and consumption. China's slowdown also lowers the chance of a third quarter rebound and will likely rekindle market expectations that the Bank of Japan will expand monetary stimulus, even as central bankers appear wary of acting any time soon.