Japan's economy contracts in quarter from April to June 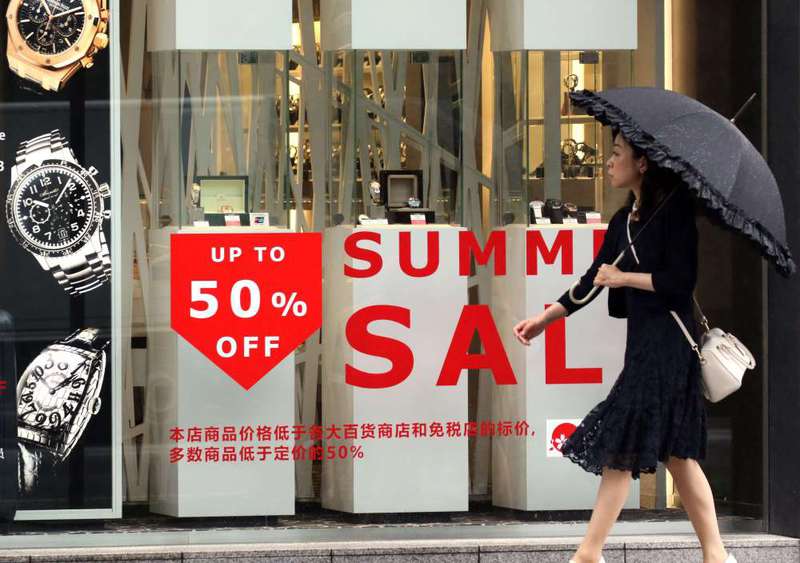 Slowdown in exports and lower domestic demand resulted in the world's third largest economy contraction in the second quarter. Japanese companies are channeling their rising profits to investments abroad

Japan's recovery stalled in the April-June quarter, with the world's third-largest economy contracting at a 1.6 percent annual pace thanks to feeble consumer and corporate demand and slowing exports. The dismal data reported yesterday was expected, based on earlier reported figures, but it raises the likelihood the central bank may opt for fresh stimulus measures in coming months.

It also comes at an awkward time for Prime Minister Shinzo Abe, who has championed a strategy of heavy monetary stimulus to help push prices higher and drive a "virtuous cycle" of stronger consumer spending and corporate investment. Abe has seen his popularity ratings slip following damaging legislative skirmishes over his proposals to expand the role of Japan's self-defense force and could use some positive news on the economic side.

But heavy rains in the spring and early summer are thought to have discouraged shoppers. Demand for autos has also slumped following a tax hike for smaller cars. As China's economy has slowed, its demand for exports has also lagged.

Economy minister Akira Amari, however, acknowledged inadequate progress toward getting companies to use their surging corporate profits to raise wages and domestic investment a priority seen as vital to a sustainable recovery. "Improving private consumption is crucial," he said. Amari shot down speculation that Japan was planning further stimulus to spur growth. "We have no such intention," he said.

The government did revise upward its estimate for growth in the January-March quarter, to 4.5 percent from 3.9 percent. The contraction in April-June represented a 0.4 percent quarterly decrease.

The Bank of Japan, whose lavish monetary easing is pumping trillions of yen (hundreds of billions of dollars) of cash into the economy through purchases of government bonds and other assets, has persisted in forecasting a rebound later in the year.

Lower oil prices have hindered progress toward achieving the official inflation target of 2 percent, and the contraction will likely raise questions over whether the Abenomics approach is working, said Fung Siu, an analyst at the Economist Intelligence Unit. "The data will prompt calls for more policy action from the Bank of Japan," Siu said in a note.

Japanese companies reported an average increase in net profit of 42 percent in the April-June quarter from a year earlier. But corporations have generally opted to spend rising profits on investments overseas, rather than in Japan or on increasing wages.

Wages fell 2.9 percent in June from a year earlier, according to figures released last week. While hourly wages have increased slightly, companies tend to hire part-time or contract workers to fill any gaps.

"While the number of jobs is almost back to pre-recession levels, the total number of hours of work for all workers combined has been flat at 5 percent below the pre-recession level ever since 2009," Richard Katz of the Oriental Economist wrote in an analysis last week. "Any tendency toward rising wages faces the headwinds that virtually all the growth in jobs is for lower-paid women and irregulars," he noted.
RELATED TOPICS