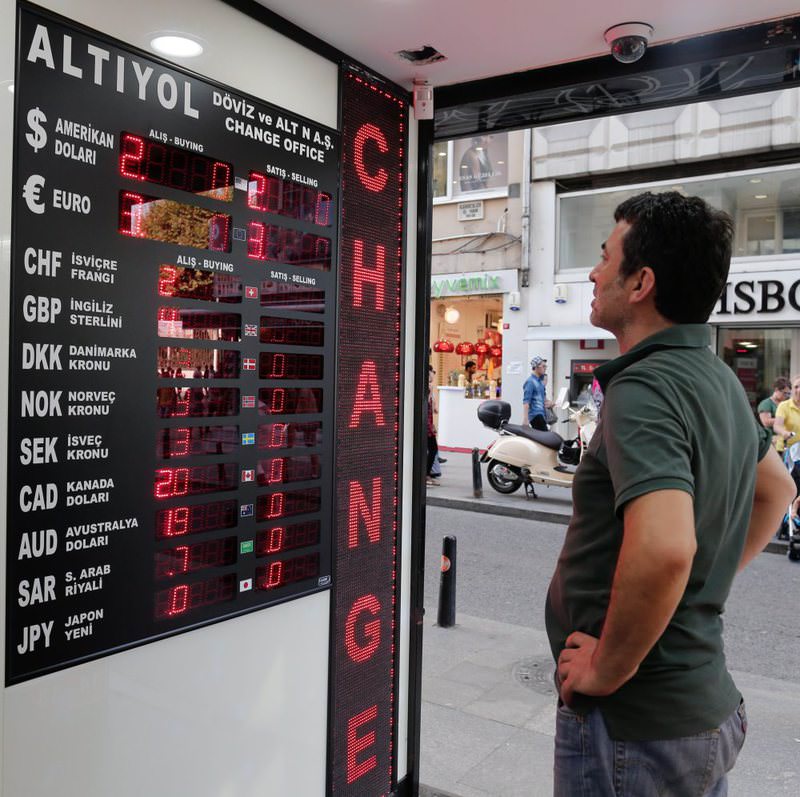 by Daily Sabah Aug 20, 2015 12:00 am
The dollar continues to set new record highs against the Turkish lira, as the dollar/TL parity exceeded 2.93 yesterday. The Central Bank of the Republic of Turkey (CBRT) held the key rates steady, and indicated in yesterday's meeting that they would wait for the U.S. Federal Reserve (Fed) to make a move in interest rates before they do. On top of the CBRT avoiding intervention, yesterday's news about eight terrorist attack casualties in Siirt, a southeastern city, and the assault on the Dolmabahçe Palace, the prime ministry office in Istanbul, pushed the dollar up to TL 2.93. Starting the day at about TL 2.89, the dollar has reached TL 2.9315 - a new all-time high.

On the previous day, the dollar had broken its record with TL 2.9067. With uncertainty in the political sphere and the expectations of a rate hike from the Fed, the dollar has exceeded the TL 2.90 mark for the first time in history, mainly due to the CBRT shying away from intervening in the foreign exchange markets. Making a presentation to economists, the CBRT gestured toward a graduated interest hike in the near future, along with the Fed's normalization period. Since the beginning of 2015, the lira has lost more than 23 percent of its value against the U.S. dollar, while the Brazilian Real has been the worst so far this year.

On Tuesday, Economy Minister Nihat Zeybekci said that the Turkish lira's recent volatility is totally speculative and underlined once more that the market will find its own balance without any need for intervention.
Last Update: Aug 20, 2015 2:14 am
RELATED TOPICS