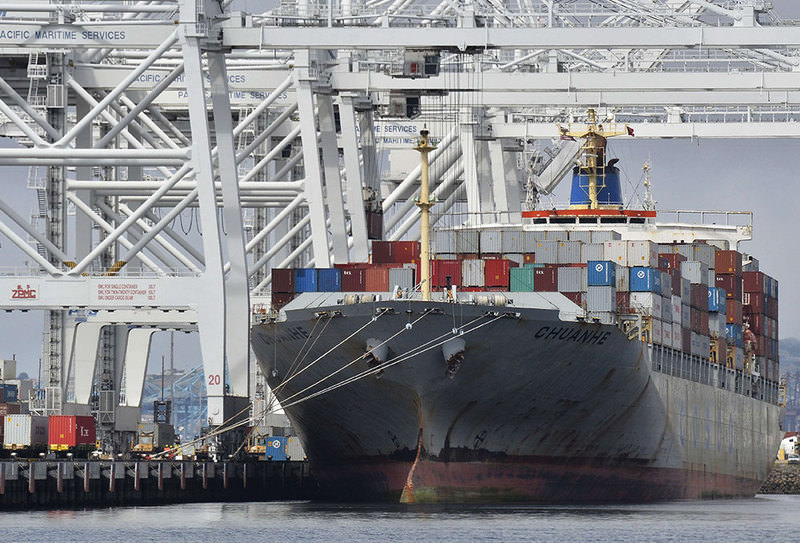 by Sep 03, 2015 12:00 am
The U.S. trade deficit fell in July to its lowest level in five months as exports rose, signaling underlying strength in the economy amid concerns about a global growth slowdown.

The Commerce Department said on Thursday the trade gap narrowed 7.4 percent to $41.9 billion, the smallest since February. June's trade deficit was revised to $45.2 billion from the previously reported $43.8 billion.

Economists had forecast the trade gap shrinking to $42.4 billion. When adjusted for inflation, the deficit fell to $56.2 billion in July from $59.0 billion in the prior month.

The smaller deficit implied a modest contribution to gross domestic product from trade early in the third quarter. Trade contributed 0.3 percentage point to the economy's 3.7 percent annualized growth rate in the second quarter.

Data ranging from consumer spending to employment and housing have suggested the economy retained much of its momentum from the second quarter and was on solid footing when global financial markets were rocked by turbulence triggered by worries over China's economy.

In July, exports increased 0.4 percent to $188.5 billion. While that was the first increase since April, exports remain constrained by a strong dollar. The dollar has gained 16.8 percent against the currencies of the United States' main trading partners since June 2014.

There were increases in exports of food, industrial supplies and materials, and capital goods in July. Automobile exports also rose.

Imports fell 1.1 percent to $230.4 billion. However, automobile imports were the highest on record. Imports of consumer goods fell in July.

Exports to China fell 1.9 percent and imports from that country dipped 0.2 percent. That left the politically sensitive U.S.-China trade deficit at $31.6 billion, up 0.4 percent from June. The trade deficit with China will be closely watched in the coming months after that country devalued its currency in August.

Exports to Canada fell 8.3 percent in July and could come under more pressure after the Canadian economy slipped into recession in the second quarter. Exports to recession-hit Brazil were the lowest since February 2010.