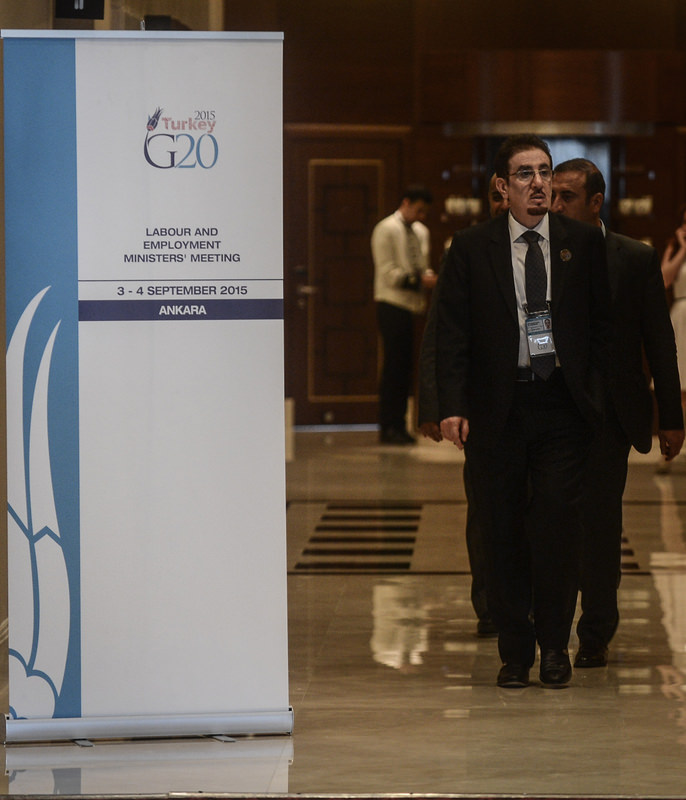 by Anadolu Agency Sep 04, 2015 12:00 am
The Turkish G20 has led to significant steps forward, experts at the G20 meeting in the capital Ankara told Anadolu Agency on Thursday.

"Turkey has risen to the G20 challenge with creativity and real application," International Chamber of Commerce Secretary-General John Danilovich said.

"The work done under the Turkish presidency has been coherent and significant," Muhtar Kent, chief executive officer of the Coca-Cola company, and a participant in the B20 task forces on business, said.

The B20 meetings in Ankara concluded the work for the G20 outreach group Business 20, which brings together influential leaders in commerce and industry from around the world.

With the focus on global growth this year, the B20 organized task forces on trade, infrastructure and investment, financing growth, employment, anti-corruption and small and medium-sized enterprises (SMEs).

"Only about 3 percent of institutional investor cash is used in these projects currently," Marcus Wallenberg, chief executive officer of the Stockholm-based Skandinaviska Enskilda Banken, said.

"But professional investors hesitate to put funds into infrastructure projects, largely through lack of knowledge about them. Greater transparency is needed and global standards to make these projects more accessible to investment," Wallenberg said.

On trade, the B20 has put together a series of recommendations to facilitate goods crossing borders and to break down legal barriers to international commerce. Harold McGraw, head of financial publisher McGraw Hill, called for a rules-based multilateral trading system that would, by itself, break down national barriers.

On financing growth, Dogus Holding Chief Executive Officer Ferit Sahenk said that an additional 2 percent growth in the global economy would be possible. "We all know the global economy is far from desired. The fiscal and monitoring process is not enough to tackle long-term growth. International standards would go a long way to achieving this," Sahenk said.

On SMEs, Richard Weber, head of European chambers of commerce organization EUROCHAMBRES, pointed out that small companies have to learn to take risks, and, for this, they need the support of advisers. "But attention must be paid, in working with SMEs, to different cultures from different regions -- the same solutions do not work everywhere," he warned.

On employment, Kent called for increased flexibility in vocational education. "In Switzerland, more than half of the CEOs of major companies only have two-year degrees. This would be unthinkable in Europe -- but we can provide more education for business if we become more flexible. Everyone does not have to have a four-year degree and an MBA [Masters in Business Administration]," he said.

Recommendations from the B20 -- these comprise hundreds of pages of detailed recommendations -- will be reviewed by the G20 at the November meeting in Antalya, Turkey. If approved, they will be implemented across the globe.
Last Update: Sep 04, 2015 2:41 pm
RELATED TOPICS