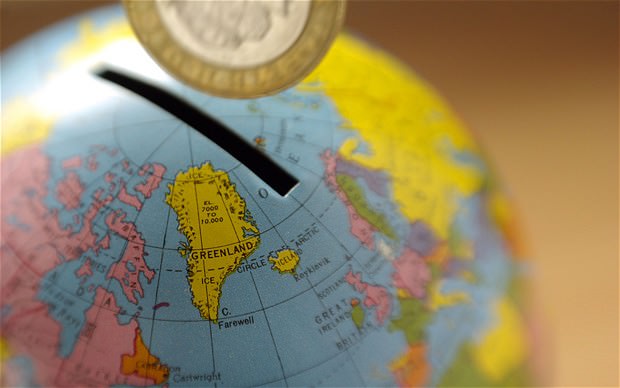 by Anadolu Agency Sep 07, 2015 12:00 am
Governments around the world face a daunting challenge in getting the global economy growing again, experts told Anadolu Agency at the Turkish B20.

The B20, which took place in Ankara from Thursday to Sunday, is an outreach group of the G20 which brings together influential business leaders from around the world.

"It will be a long, hard slog back to global growth," commented Hans-Paul Burkner, chairman of the Boston Consulting Group.

"Getting back to growth is a global issue: It's not just getting growth in one country, it's achieving it in many countries," Harold McGraw III, chairman Americas of McGraw Hill Financial said in an interview with Anadolu Agency.

"The major challenge facing the global economy is that growth remains moderate and uneven," said Lagarde. "For the advanced economies, activity is projected to pick up only modestly this year and next. For the emerging market economies, prospects have weakened in 2015 relative to last year, though some rebound is projected next year."

"For both the advanced and emerging economies, productivity growth continues to be low," added Lagarde.

"Nations around the world have gotten used to depending on central banks and monetary policy to stimulate growth, and this has enabled them to avoid putting through much-needed structural reforms," Burkner said.

"But there is an analogy -- albeit a dangerous one -- to relaxed monetary policy: One could say that it's like being on drugs. Unless you come clean, you eventually die," he said.

But the prospect of an interest rate increase by the Federal Reserve will mark a welcome step towards "getting clean", Burkner continued.

Nor should emerging markets fear the eventual rate hike, he continued.

"There will be some outflow of funds from emerging markets after the [U.S. Federal Reserve System's] rate increase. But it won't be massive. Investors understand now that the prospects for growth are real in emerging markets, even though growth in most has slowed. And, as most currencies have been devalued in developing countries, investing there is less expensive than before. All of this will prevent a big change after the Fed makes its move," Burkner explained.

But Burkner agreed that the way forward was with structural reforms if growth was to be sustainable.

"The challenge is that there are established forces in most countries that opposed structural reforms," Burkner said. "Creating more flexible employment structures means that some workers will have to give up guaranteed jobs. Breaking down trade barriers means that there will be more competition for local companies in some markets. Getting governments to make unpopular changes like these can be very difficult."

For McGraw, the challenge of unemployment should be affronted by more flexibility in education, combined with infrastructure investment.

"Increasing infrastructure investment creates jobs, for example, in construction. But there have to be workers who have the skills to take those jobs. You have to get the training into the hands of people so they can get jobs," McGraw said.

McGraw said that increased flexibility in vocational education would enable workers to get the training they need to get jobs without excessive delay.

Furthermore, McGraw said that for job creation, the challenge was to get big companies to include SMEs in their supply chains. "It's only logical for a big company that is moving into a new market to seek partners: we have to see that among these partners are more SMEs," he said.

McGraw said that countries still not achieving measurable growth need to seek dialogue with others, possibly through the G20. "If economic policies aren't working, governments should compare their experience with others, because there may be a solution. A smart economy can't be closed, it has to be open to new ideas," he added.
Last Update: Sep 07, 2015 1:46 pm
RELATED TOPICS