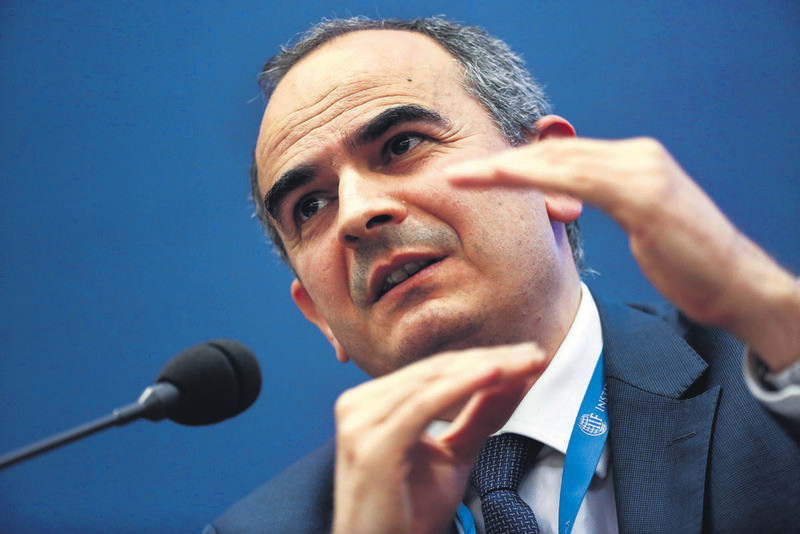 Turkey's central bank expects inflation to increase in September with the effects of exchange rates and fluctuating prices in non-processed food. The bank will also wait until the Fed begins hiking interest rates to take the next step

The Central Bank of the Republic of Turkey (CBRT) expects an increase in inflation this month due to the delayed effects of exchange rate and fluctuant prices in non-processed food. Delivering a presentation to economists in Ankara on Wednesday, the CBRT said the bank will continue to practice the U.S. Federal Reserve's (Fed) wait-and-see policy. The present political instruments are sufficient against risks, the bank added.

The CBRT will wait until the Fed begins hiking interest rates to take the next step. As the Fed did not change interest rates last week, the CBRT did not make an adjustment to short-term interest rates in the Monetary Policy Committee's September Meeting held on Tuesday. The CBRT said the liquidity policy will be firmly controlled to constrain the effects of the exchange rate as well as the risks that have emerged due to the increase in the inflation forecast. Recently, the CBRT adopted a comprehensive precautionary package as part of its road map for the normalization process of global monetary policies. The CBRT's monetary policy shows a supportive stance toward financial stability and prioritizes a balance in exchange liquidity. The bank has also implemented a tight inflation policy.

Odeabank Head Economist İnan Sözer said, "The CBRT underlined that liquidity policy can be much more firmly controlled if necessary. At present, the average funding interest rate, which is around 9 percent, looks sufficient. The CBRT will not make a move if the Fed does not increase interest rates. We expect an increase from the Fed in December, but they might delay it." Sözer said the CBRT thinks that there is not much difference in narrowing liquidity and narrowing the interest rate corridor. This is why waiting for the Fed does not create any cost.

The CBRT decided to continue its firm stance on liquidity policy at the Monetary Policy Committee meeting by considering the effects of local and global market uncertainties on inflation as well as fluctuating energy and food prices. In a previous committee meeting, the CRBT underscored a more strict liquidity policy, yet different analysts said the bank does not need a tightened policy.

Business investment economist Muammer Kömürcüoğlu said the CBRT repeated its statements made at the previous committee meeting. "The CBRT reiterated its tight stance on monetary policy. As part of the simplification process, there will be no increase in the political interest rate before the Fed. An increase is expected in December, thereby the CBRT might increase interest rates in the same month," he said.

During the presentation, it was said that developments in energy prices positively affect inflation and exchange rate movements delay a reduction in core inflation. Additionally, the decrease in import prices partially avoids the transition effect from the exchange rate to inflation. Due to the fluctuation in domestic and foreign markets, an increase was observed in the inflation forecast. Sözer said: "Global uncertainty on inflation and the outlook of food prices have caused the current scene to deteriorate. The CBRT also said inflation will increase this month. We think that developments in inflation, especially in core inflation, indicate a negative scene," he said.
RELATED TOPICS