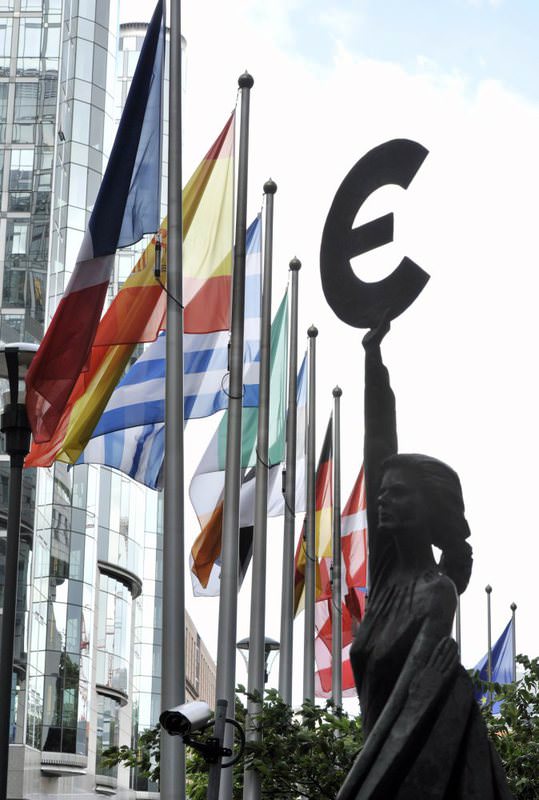 by French Press Agency - AFP Sep 24, 2015 12:00 am
Growth in the eurozone economy slowed in September, but despite the monthly dip it still expanded at the fastest quarterly rate in four years, a key business survey showed Wednesday.

Data company Markit said the flash reading of its eurozone Purchasing Managers Index (PMI) fell to 53.9 points in September from 54.3 points in August. Despite the dip, the reading was still comfortably above the 50-point mark signifying expansion in the economy. The readings "pointed to steady growth of the eurozone economy at the end of the third quarter," Markit said. Moreover, the average reading of 54 points over the three months to September was the highest seen since the second quarter of 2011, it added. The PMI for France rose to 51.4 points from 50.2 in August while Germany's dipped to 54.3 points from 55 in the same period.

Markit said the outcome was positive overall but there was some concern that the pace of growth has not picked up despite the best efforts of the European Central Bank (ECB).

The ECB has been carrying out a 60 billion euro per month stimulus program since March in an attempt to boost growth and ward off a dangerous spiral of falling prices.

"The September PMI surveys indicate a further steady expansion of the eurozone economy but there remains a worrying failure of growth to accelerate to a pace sufficient to generate either higher inflation or strong job creation," Markit chief economist Chris Williamson said.

He said the PMI data pointed to a 0.4 percent expansion of the 19-nation eurozone economy in the third quarter, the same rate as in the second.

Analysts have begun to speculate whether the ECB will have to step up its quantitative easing (QE) stimulus program in the wake of the decision last week of the U.S. Federal Reserve (Fed) to hold off on beginning to raise interest rates.

Investors are worried that the Fed's cited concerns about the slowdown in China and market volatility mean the global growth outlook is now much cloudier than just a few months ago.

"The ECB would no doubt like to see more 'bang for their euros' as far as stimulus from their QE program is concerned, but it's debatable whether these numbers are weak enough to convince the central bank to take more aggressive action just yet," Williamson said.

Growth in new orders to a five-month high and order books expanded in September, which Markit said indicated there was fuel for further expansion, but some analysts say China is pulling down the eurozone.

Jennifer McKeown, senior European economist at London-based Capital Economics, said: "Given the likelihood of a slowdown to come, the ECB has every justification for upping the pace of its quantitative easing program in the months ahead."

A senior ECB official acknowledged earlier this month that the eurozone economy was not growing fast enough to create enough new jobs, although unemployment has slipped to a three-year low of 10.9 percent.

France's statistics agency confirmed Wednesday that the eurozone's number-two economy failed to grow at all in the second quarter, but Finance Minister Michel Sapin said the 0.7 percent expansion in January through March meant that France can still achieve 1 percent growth this year.
RELATED TOPICS