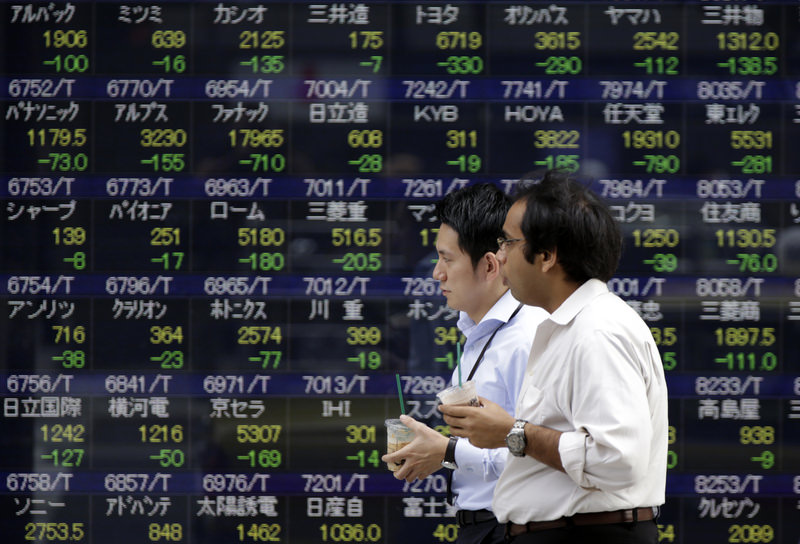 by Associated Press
Oct 08, 2015 12:00 am
Federal Reserve officials were almost ready to raise interest rates in September but held off because of China's economic slowdown and its potential to derail U.S. growth and inflation.

Minutes of the Sept. 16-17 discussions released Thursday showed the central bank believed the time for the first Fed rate increase in nine years "might be near."

However, policymakers decided to wait for evidence that the economy had not weakened and that inflation would gradually move back toward the Fed's 2 percent annual target. Some members also expressed concerns that a premature rate hike could harm the central bank's credibility.

"Simply put, the Fed still doesn't have enough confidence that the economy will remain strong enough to return inflation to the target to begin the tightening process," said Sal Guatieri, senior economist at BMO Capital Markets.

The September meeting had been preceded by weeks of speculation over whether the Fed would vote to raise rates. Fed Chair Janet Yellen told reporters at a news conference following the meeting that a rate hike was still likely this year, a prediction she repeated two weeks ago during a speech in Massachusetts.

But since then, the government has released economic data that could give Fed officials further pause.

Employers added just 142,000 jobs in September, and officials lowered their estimate of job gains in July and August by a combined 59,000. That left monthly job growth at a mediocre 167,000 in the July-September period, down from 231,000 in the previous quarter.

Many economists believe the weak jobs report has eliminated the possibility of a rate hike at the next meeting in October. Some think the Fed could end up waiting until next year to begin raising rates.

"I believe the jobs report makes an October rate hike out of the question, but if we have some strong employment reports before the December meeting, then a case could still be made from a December rate increase," said Sung Won Sohn, an economics professor at the Martin Smith School of Business at California State University.

The Fed has kept its benchmark rate at a record low near zero since December 2008. It has not raised rates since June 2006.

The minutes showed Fed officials were concerned that "a material slowdown in economic growth in China and potential adverse spillovers to other economies were likely to depress U.S. net exports to some extent." These developments have sent the dollar up in value, which could hurt U.S. exports and push oil prices lower.

The International Monetary Fund on Tuesday predicted that China's slowdown and tumbling commodity prices will push global economic growth this year to the lowest level since the recession year 2009. In an updated outlook, the IMF said the world economy will grow 3.1 percent this year, down from a July forecast of 3.3 percent and from 3.4 percent growth last year.

China's economy has slowed for four straight years from 10.6 percent in 2010 to 7.4 percent last year

A stronger dollar and lower oil prices would make it harder for the Fed to achieve its inflation target. Inflation has run below 2 percent for more than three years, rising by just 1.3 percent in the most recent 12 months.

The minutes of the Fed's September meeting showed that some officials worried that if the Fed raised rates in September and economic conditions worsened, it could harm the central bank's credibility by calling into question its commitment to its inflation target.

Officials also noted that the Fed's policy tools were better able to deal with an unexpected jump in inflation than it could deal with inflation falling even lower. The Fed can handle higher inflation by raising interest rates. But with rates already near zero, its ability to deal with further declines in inflation would be more limited.

"In part because of the risks to the outlook for economic activity and inflation, the committee decided it was prudent to wait for additional information confirming that the economic outlook had not deteriorated and bolstering members' confidence that inflation would gradually move up toward 2 percent over the medium term," the minutes said.

The Fed's action was approved on a 9-1 vote with Jeffrey Lacker, president of the Federal Reserve Bank of Richmond, dissenting. The minutes said that Lacker argued that the current inflation developments were likely to be transitory and a further delay in starting to raise rates "represented a risky departure" from past Fed practices.
Last Update: Oct 08, 2015 10:16 pm