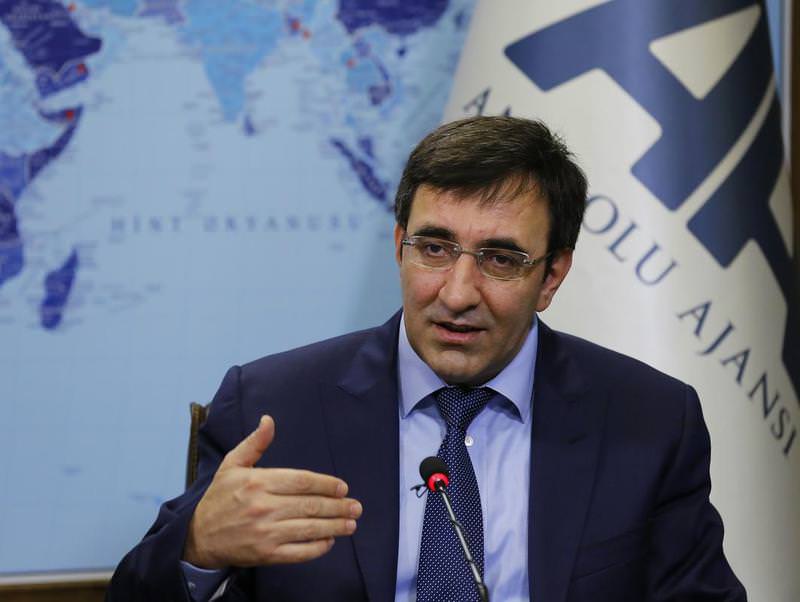 When evaluating the post-election economic agenda, Cevdet Yılmaz said that the Mid-term Economic Program is highly achievable and does not require radical changes except small upward revisions

Interim Deputy Prime Minister Cevdet Yılmaz discussed the Justice and Development Party's (AK Party) economic agenda after the elections with A Haber. According to Yılmaz, the Mid-Term Economic Program (MEP) can be updated once the new government is formed due to the changing conditions and political environment. However, no radical updates or changes are expected to take place. According to the MEP, the growth rate target set for 2016 is 4 percent, and Yılmaz stressed that the target is highly achievable and can also be revised upward. This depends on the implementation of the structural reforms and political stability, however.

"While the global conjuncture might not be positive, Turkey has many advantages. And I believe political stability, reforms and other transformations will provide a very strong economic perspective," Yılmaz said.

Although the government had forecasted 3 percent growth in 2015 in the MEP published on Oct. 12, currently most economists think higher growth might be achieved given a more stable economic and political environment. Even though the new government has not yet formed, the Turkish lira has appreciated against foreign currencies, while interests rates dropped by around 1.5 percent. Yılmaz underscored the importance of the positive expectations regarding the economy along with financial recovery, and that Turkey will have made a great recovery and leap at the end of the next four years.

Concerning the expected gradual interest rate increase of the U.S. Federal Reserve (Fed), Yılmaz said while the Fed's decision has been on the agenda for some time, it has yet to materialize. However, the possibility of such an increase is stronger in December. He also said such a possibility has already started affecting markets. The Fed's decision to increase interest rates is an indicator of recovery and normalization after an extraordinary period, yet it is crucial how the markets will interpret it. "The Fed's decision to increase interest rates is not a quick decision, and the increase in the rates will not be extreme. The Fed has said the increases will be gradual and extended over time," Yılmaz said, adding that the Central Bank of the Republic of Turkey (CBRT) is already ready for the potential changes that may occur after the Fed's decision.

Regarding the Nov. 1 elections, Yılmaz said the voters had closely observed the stance of the political parties after the June 7 elections, and the AK Party apparently won the trust of citizens, which desire a more peaceful and stable Turkey.

Indicating that economic stability cannot be established without political stability, Yılmaz said Turkey has experienced both positive and negative outcomes of elections - both within the last 13 years and before. He added that the results of the elections on Nov. 1 have been very positive in terms of the economy and minimizing political risks. "Now investors can make decisions in a more stable and predictable environment," Yılmaz said, and added that a more positive perspective in all areas - including production, employment, exports and others - will occur as a result.
Last Update: Nov 06, 2015 2:23 am