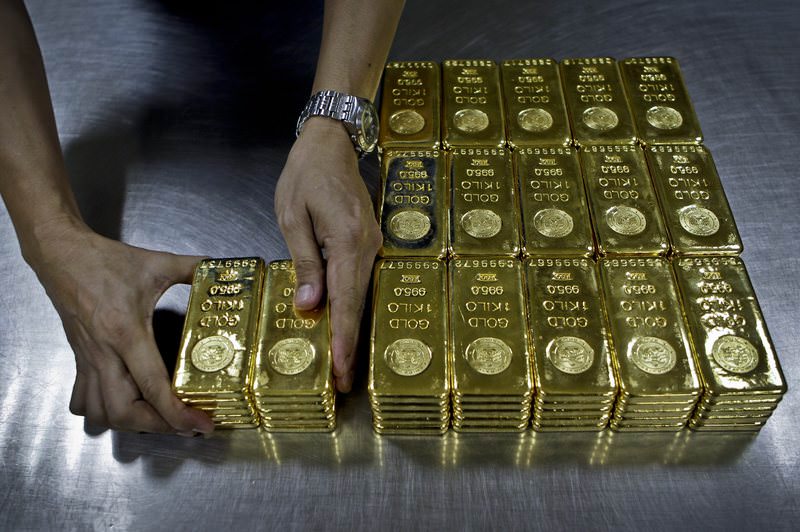 by Daily Sabah with Agencies
Nov 11, 2015 12:00 am
Gold lost ground and neared a three-month low after the U.S. Dollar hit seven-month peak on growing expectations that the Federal Reserve will increase interest rates in December.

Bullion has fallen in nine of the past 10 sessions, a move that has weakened its technical picture. The next support is set at the 5½ year trough of $1,077 hit in July, analysts said.

The dollar rose 0.2 percent against a basket of currencies, hitting a new seven-month peak.

The U.S. currency has strengthened against the euro after four governing council members said a consensus was forming at the European Central Bank to take one of its benchmark interest rates deeper into negative territory in December.

"It's very possible we are going to see a breach of the $1,077 support... particularly if the ECB starts to expand their quantitative easing program in December, then we may see some further strength in the dollar," Mitsubishi Corp strategist Jonathan Butler said.

"We haven't seen much physical demand and there's hardly any speculative interest as of late," said Dan Izzo, broker for RJ O'Brien in New York, referring to the platinum group metals.

"With the Fed hike looming, there's no precious metals allure to them. They're trading strictly as industrial metals. That's the reason they've been hit the hardest."