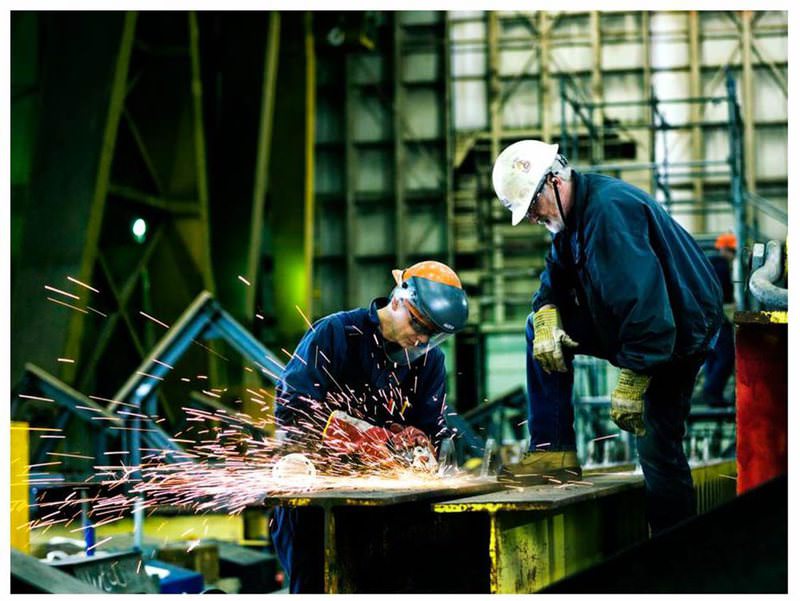 Business communities' representatives chose to stay away from criticizing the minimum wage hike promises made during the election period. But, as an increase now sees imminent, businesses grow concerned and request support from the government

After the Justice and Development Party (AK Party) won enough seats in the Nov.1 elections to form a single-party government, the party's decision to fulfill its election promise to increase the minimum wage rate from TL 1,000 ($346) to TL1,300 a month has worried businesses. While the government insists on keeping its promise, community business leaders warn that the hike may cause several layoffs and investments to shift abroad.

On Wednesday evening, Prime Minister Ahmet Davutoğlu held a 7-hour meeting with his economy team and said that there will be no stepping back on the election promises. The new minimum wage will come into force on Jan.1, and the government is working on a plan to share the financial burden with the private sector. Tax exemptions seem to be the best solution, according to economist Kerem Alkin.

Before the general elections on June 7, opposition parties made different promises regarding the degree of a potential minimum wage increase. According to the Republican People's Party (CHP)'s manifesto, the income tax on the minimum wage was to be eliminated and, as a result, would bring the rate to TL 1,500. The Peoples' Democratic Party (HDP) promised to increase it to TL 1,800 through enacting similar tax cuts‎. The Nationalist Movement Party (MHP) said that it would raise the minimum wage to TL 1,400. The AK Party preferred to stay away from populist promises for the June 7 elections, but the party could not stay away too long and used these promises in its campaign in the run-up to Nov. 1, which has been considered as a reason the party attracted more votes in the elections. "It is pity to see that business communities didn't even give a reaction to these promises and now they are opposing TL1,300," said Alkin.

Istanbul Ready-Made Garment Exporters' Association chairman Hikmet Tanrıverdi said that the rise would cause investments to shift abroad, since labor costs will become much higher. Economists have said that this would not be the case, however, as global uncertainties make it difficult to invest in different countries.

Yesterday, Economy Minister Nihat Zeybekci said that if the minimum wage hike affects the competitive power of Turkish small and medium-sized enterprises and exporters in a negative way, the treasury will share the burden. Zeybekci said that a plan is being prepared, and will be announced soon. On the same day, Istanbul Chamber of Commerce Chairman İbrahim Çağlar said that the wage hike means an extra TL 16 billion in costs and the government should share at least half.