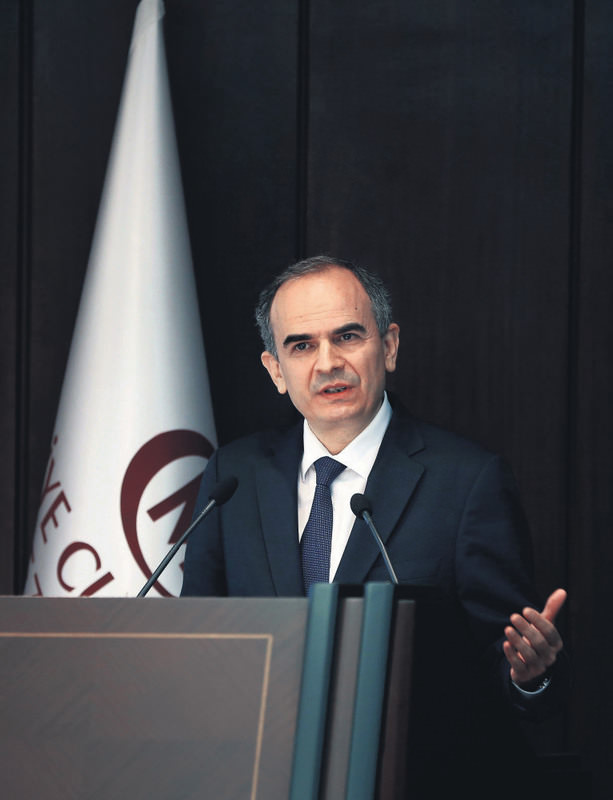 by Daily Sabah Dec 24, 2015 12:00 am
The Central Bank of the Republic of Turkey (CBRT) signaled that the simplification of its monetary policy will go into effect in January in preparation for the possible normalization of monetary policies on a global scale and in case the observed decrease in volatility becomes permanent. This signal by the CBRT for the simplification of the monetary policy consolidated market expectations for switching to the use of a fixed interest rate as the indicator, in near future, rather than the system of three interest rates in which there is also an interest rate corridor whose upper and lower limits are determined by the CBRT's decision. The CBRT, as part of this monetary simplification policy, seems to be willing to implement one indicator interest rate rather than also determining the upper and lower limits, attributing this to the investors' not caring about the band anymore, which was expressed by CBRT governor Erdem Başçı in July 2015. Accordingly, at the early times of its implementation in 2012, the interest rate corridor functioned efficiently in the sense that it helped soften the sharp movements of the Turkish Lira to protect it from the effects of market speculation. However, in a global economic environment where the Federal Reserve has been shifting towards normalizing its monetary policy, the upper limit in the corridor started losing its credibility among investors; thus, leaving the interest rate corridor ineffective.

On Wednesday in its presentation to economists who follow the holding of steady rates in December, the CBRT emphasized that the annual credit growth rate fluctuates around reasonable levels under the influence of tight monetary policies and macroeconomic measures. The CBRT's presentation also touched upon the positive external factors affecting foreign trade as well as favorable fluctuations in consumer credit backing the amelioration of the trade balance. Furthermore, regarding the increase in demand among European Union (EU) countries, the trade balance seems to move in favor of exports.

In addition, concerning inflation, the CBRT indicated that low energy prices affect inflation favorably. In addition to this, the presentation also explained the cumulative exchange rate which curbed this improvement of core inflation rates, to some extent. The CBRT also stressed that the tight stance held by the Central Bank will continue in light of inflation expectations, pricing behaviors and other developments that affect inflation.

At the beginning of the week, the CBRT announced that it held interest rates steady, leaving its benchmark one-week repo and overnight borrowing rates at 7.5 percent and 7.25 percent, respectively. The bank also kept the marginal funding rate steady at 10.75 percent.
RELATED TOPICS