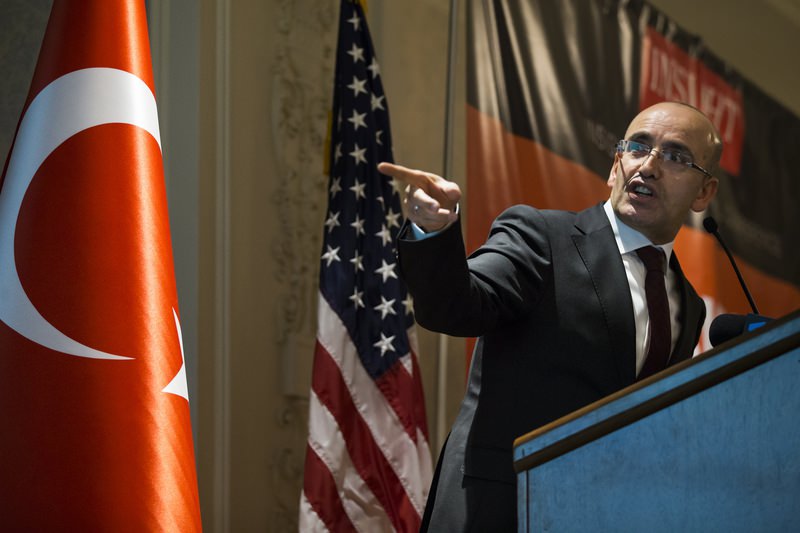 by daily sabah Jan 06, 2016 12:00 am
Turkey's Deputy Prime Minister Mehmet Şimşek said Wednesday that the Turkish government has been focusing on structural reforms to continue the country's successful economic performance.

Speaking as a keynote speaker at the fifth annual conference of the academic journal Insight Turkey [published by the Ankara-based think-thank, Foundation for Political, Economic and Social Research, SETA] organized in Washington, Şimşek highlighted Turkey's economic progress under the Justice and Development (AK) Party reforms, saying Turkey has done relatively well in terms of economic growth and GDP per capita in convergence with the EU and the U.S. while other developing economies were facing significant headwinds.

"In the next 3-6 months reform programs will be sent to parliament; the first being enhancing transparency and combatting corruption," Şimşek said.

The Deputy PM also underlined the importance of Turkey's EU accession process, and said that Turkey's efforts to become an EU member will contribute to Ankara's development plans on bringing better standards of democracy, fundamental rights, freedoms and rule of law.

On Dec. 14, the European Union opened a new chapter on economic policy in Turkey's ongoing accession talks, bringing the country a step closer to full membership in the 28-nation bloc.

Chapter 17, which aims at bringing Turkey in line with EU's economic and monetary policy and guaranteeing independence of the central bank, is the first chapter to be opened in two years and raises the total number of chapters opened so far in the accession talks to 15 out of 35.

Answering a question on the economic impacts of the recent tension between Turkey and Russia, Şimşek said that even before the Turkey's downing of Russian jet, the trade between the two countries were declining and the effect of Russian sanctions on Turkish economy might be less than estimated.

Şimşek also answered a question in Kurdish which was asked in English by Kurdistan TV and said the channel to enhance Kurdish rights is not violence, and the conflict coudl be solved in parliament.

"The solution to the conflict is boosting democratic rights and freedoms. The best future for Turkish Kurds would be a more democratic, tolerant Turkey," Şimşek said.
Last Update: Jan 07, 2016 9:58 am
RELATED TOPICS