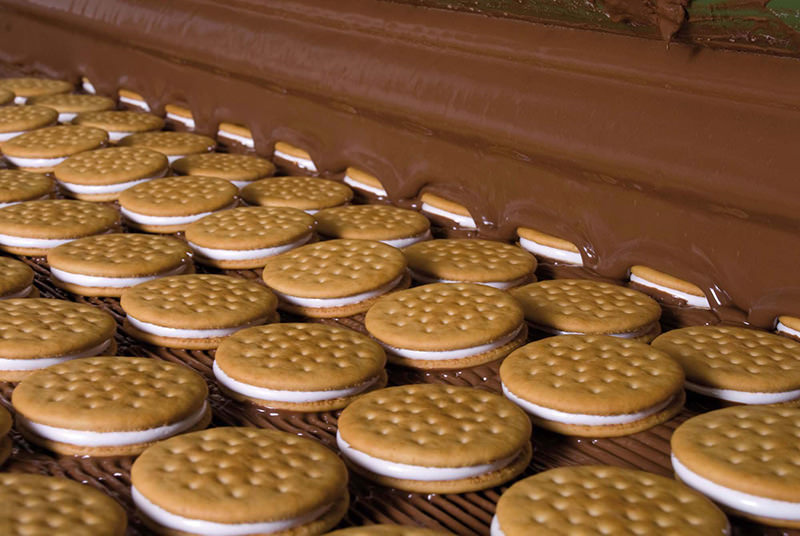 by Daily Sabah with Reuters Jan 14, 2016 12:00 am
Yıldız Holding, parent company of Turkish food giant Ülker, is getting ready to invest more than 1.6 billion Turkish liras ($530 million) in 2016 for capacity increase investments in Turkey, the U.S. and the U.K.

Becoming the world's third largest biscuit producer by acquiring the U.K.-based United Biscuits in 2014, the group aims an annual growth of 17 percent in terms of the British pound in the snack business on a global scale in the upcoming three years.

The group's Vice Chairman Cem Karakaş said that they aim to become the second largest in the sector and the largest one in Turkey's surrounding geography and developing countries.

"The years of 2016-2017 will be the years that Ülker, Yıldız Holding invests heavily on capital and creating employment," Karakaş stated.

Stating that they have started merging United Biscuits and Ülker operations in Saudi Arabia, Romania and Egypt, Karakaş said that they will also merge the operations in West Africa. He added that they aim to enter East African markets of Kenya, Uganda, and Tanzania with a new investment.

The holding aims to increase its net sales in snacks and biscuits by 15 to 17 percent in 2016, which stood at $4.4 billion in 2015. Karakaş said that they will keep their current business portfolio in the upcoming period. He added that they will open additional 1,000 stores of the Şok supermarket chain.
Last Update: Jan 14, 2016 1:23 pm
RELATED TOPICS